The Wilderness of Our Lives

This week’s parasha is Re’eh. It comprises chapters 11-16 in Deuteronomy, and takes place at the end of the forty years in the wilderness. Moses is preparing the Israelites for life in the Promised Land, reminding them of God’s most important instructions.

Efes kee lo yihyeh b’kha evyon is one of them. “There shall be no needy among you.” Now, does this mean Israel will never know hunger? Or does it mean we should make sure that no Israelite ever knows hunger? Food for thought.

As with the mitzvah about hunger, God reminds the Israelites that everything they need has been placed before them – all they need do is follow God’s instructions on how to live and all will go well for them. This is the central message of the parashah and of Deuteronomy.

River of No Return Wilderness Area

I recently watched for a second time a remarkably beautiful movie entitled, River of No Return. It follows a biologist and his wife as they spend a year inside one of America’s largest protected tracts of land, the River of No Return Wilderness Area in Idaho. The preserve includes 2.4 million acres in which, every summer, trail crews with hand saws and axes clear nearly eight hundred miles of trail. But the wilderness just takes it back again, and it can take hours to go a single mile.

One evening on their journey, the couple witnessed something amazing. One of the wolves they were watching turned and crossed a meadow toward them. It looked very young, and her approach was all curiosity. She came within thirty feet of them before circling and passing by. Not so much a brush with danger as a brush with antiquity, with our primitive past when wolves were once our constant neighbor.

The narrator says, “We’ve taken the wildness out of our lives and mostly out of our country too. But in the River of No Return, it’s like we can reach back to a place where we can still see, hear, and feel a little wild.” And goes on to say, “We’re pretty soft these days. Much tougher people lived in these mountains for thousands of years … the Tukudeka, a peaceful, mountain-dwelling tribe. They had no word for wilderness. They probably never imagined nature as something separate from themselves. But we do. And now, when the natural world is slipping away, we’ve had to create a place to call wilderness, a place managed to be wild.”

Our parashah is filled with teachings that seek to tame the wild in us. “Take care to observe the laws and statutes that I have set before you.” “You shall not behave like everyone else, every person as he pleases.” “When you consume meat, be sure you do not partake of the blood.”

These all seem beneficial. But there’s also some worrisome stuff in Re’eh, passages that sound quite foreign to you and me but, in other contexts of our day, sound far too familiar. God instructs the Israelites not to tolerate the other peoples living in the Land – to “tear down their altars, smash their pillars, put their sacred posts to the fire, and cut down the images of their gods.” “Destroy all the places where they worship other gods, whether on lofty mountains or under luxuriant trees.”

Not the kind of teachings we like to repeat around here. We’re the temple that shares a Ramadan meal with our Muslim neighbors, brings Christmas cheer to the homeless on our December 24th Midnight Run, and welcomes a Buddhist monk to teach us in our own sanctuary. We don’t smash our neighbors pillars; we revel in them, in the common humanity shared by the different religions.

Of course, that’s now how all members of the Jewish community see the world. And quite likely, not everyone in this community.

A few months ago, a Conservative rabbi in Austin, Texas, was planning community trip to Israel that would focus on Israeli-Palestinian relations and wanted to include a stop at the grave of PLO founder Yasir Arafat. An explosion of criticism denounced the rabbi for “paying homage” to Arafat, likening it to paying respects at Hitler’s tomb. He was accused of opening a new page in the history of treachery, of glorifying murder and terrorism, all of which rendered him lower than any kapo during the Holocaust.

These kinds of unrestrained attacks on “the other” are what Re’eh seems to endorse. We don’t.

So the question is, do these passages in Re’eh have anything for us? Is there a positive message, an open and generous one that we can proudly carry home with us?

Rabbi Yaacov Haber focuses on God’s providing us with blessing and curse. We’re to choose one – blessing or curse. And every Jew knows which. “Uvakharta bakhayyim … choose life, that you and your descendants may live.” Rabbi Haber’s online shiur shows a photograph of someone holding an apple and a doughnut, illustrating that choice. We all know which is the better option, but we also know that desire frequently wins out over sensibility.

Which may be what wilderness is all about. In the wild, animals live by instinct, acting to self-preserve. Domestication comes about when instinct gets set aside in order to live in community with others. Animals can learn this, and so can we.

It may take a while, and sometimes doesn’t take at all. I’m referring to the domestication of humans. There’s an awful lot of intolerance, hatred and violence in our world today. We see it in nations attacking other nations. We see it in communities within a nation committing genocide against a neighboring community. We see it in election-speak in our own nation today, words that appeal to the basest among us, that embrace xenophobia, racism and sexism. 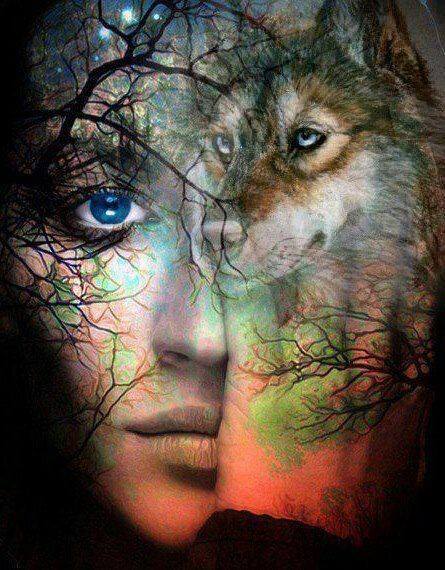 Sometimes, it seems our world, like River of No Return, is returning to wilderness. Re’eh – and Torah, in general – seems to be trying to tame us. To control the course of mighty rivers, to clear brush from needed pathways. To demand that we live our lives according to a set of higher principles that were designed to improve not only ourselves but the lives of everyone around us.

Torah didn’t get it right all the time, but it’s also three thousand years old. The American Constitution is only two hundred years old and it embraces slavery. But the Constitution is also working to tame us – and in the centuries since, when we’re at our best, subsequent lawmaking adds to our Constitution, sometimes even improving it.

I used to think the world was always getting better. I still believe it is, but only in part; as often as we move forward, others take steps backward. We are forever challenged to defend high principle, and to try and make sure it’s what people choose (as in the Torah, “choose life”). The key may be in cross-cultural dialogue, that no one and no group can make all of the right decisions but that we need to work our ideas out in the world arena so that, together, we figure out best paths for as many as possible.

By the way, not unlike the traditional experience of Torah Study. Jews don’t study Torah by ourselves. We sit around a table – both with our neighbors and teachers, as well as the great sages through time – and work through our ideas of what God expects of us. No one gets to to be the sole arbiter of the terms of Jewish living; we work that out together.

The River of No Return is a protected wilderness area in Idaho. Yep, we need to protect our wildernesses. Which seems like an interesting metaphor to me. Is there wilderness inside of us that ought not be tamed?

While you’re thinking about that, kudos to President Obama for his recent executive orders creating 87,500 additional acres of protected woods and waters in Maine.

But what of the wilderness in us? Is that to be protected as well? There’s something appealing about that idea, about keeping parts of us untamed and spontaneous and free. But there’s something appalling about it too. When it comes to respecting and preserving human life, the time has come (though it never will, not fully, I don’t think) to tame us all. As Elie Wiesel, of blessed memory, once taught: We must strive together “to create human beings untterly incapable of shedding blood.”

His mother called him “Wild Thing!” and Max said, “I’ll eat you up!” So he was sent to bed without eating anything. He winds up sailing to an island inhabited by malicious beasts and, after successfully intimidating the creatures, Max is hailed as King of the Wild Things. He enjoys that for a while but starts to feel lonely and goes back home where he finds a hot supper waiting for him.

Elohenu v’elohey avoteynu v’imoteynu … dear God and God of our wild ancestors … help us cherish the wildness that’s inside each of us. May we run and tumble and laugh often. But help us understand that everybody needs love and hot meals. May we listen and hear and respond to a world that desperately needs selflessness and generosity to heal what ails it. If we want “wild,” let’s go wild finding ways to make life better for those who just can’t figure it out on their own. And let no child ever go to bed hungry because of an empty pantry – let such a thing only happen because a wild imagination hasn’t yet been tamed.

← Reflecting on the 1st Yahrzeit of Emanuel AME Church in Charleston, SC
What’s Up With Elul? →