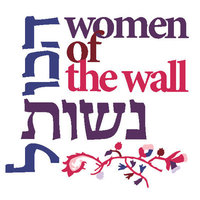 Women of the Wall

There’s an uproar in the world today. If you’ve been watching “Mad Men,” you probably missed it. Oh, if you were doing anything with your life, you probably missed it. It took place at the Annual Webby Awards which honor excellence on the Internet. This year, one of the arguably coveted prizes (you know, by you and me) was given to Steve Wilhite, inventor of the G-I-F computer graphic file format (that oughta wake you up, eh!). For me, it’s actually a pretty cool and deserved award because I use the G-I-F format often during Visual Worship, when I want to put a picture up on the screens but make its background vanish, so that it appears as if a second image is floating on top of the first.

When Wilhite stepped forward to received his honor, his acceptance speech, which the award hosts limit to five words only, was flashed on the screen (because Wilhite had a stroke in 2001 and his speech is extremely limited). These were his five words: “It’s Pronounced ‘JIF’ not ‘GIF.’”

The uproar, of course, comes from the fact that most of the geek world pronounce Wilhite’s graphic format “GIF,” with a hard G, and not “JIF,” like the peanut butter, which Wilhite named it when he invented it.hite stepped forward to received his honor, his acceptance speech, which the award hosts limit to five words only, was flashed on the screen (because Wilhite had a stroke in 2001 and his speech is extremely limited). These were his five words: “It’s Pronounced ‘JIF’ not ‘GIF.’”

But just because you started something doesn’t mean you control it. That’s very true of language and even more true of human behavior.

When the State of Israel was reestablished back in 1948, leadership over religious matters was ceded to the Orthodox. The thinking was that internal, domestic matters would be solved once the new Israelis figured out how to survive the invading armies all around them. But since borders were never ever truly secured, matters pertaining to individual rights promised in Israel’s Declaration of Independence got put off and put off and put off. And for a very long time, even the progressive Jews “behaved” (and I put “behaved” in quotations marks).

But the day arrived when, much as Dr. Martin Luther King, Jr., could no longer wait for “a convenient time” (again, in quotes) to make his move for equal rights, Anat Hoffman of the Reform movement’s Israel Religious Action Center, and Rabbi Uri Regev, formerly of Israel’s Reform movement and now the head of Hiddush, a progressive advocacy group in Israel, are no longer willing to wait for peace along the borders. Demonstrations and civil disobedience – including women who refuse to sit at the back of the bus and who insist upon wearing tallit and tefillin at the Wall – have now become commonplace.

The civil rights movement has begun in earnest in Eretz Yisrael.

Jewish Agency for Israel chair Natan Sharansky’s proposed compromise at the Wall, to extend the Kotel and create an additional equally-sized prayer areas open to women, has been rejected by many and, in my opinion, ought to be. “Separate but equal” is an idea that failed here a long time ago. It solves nothing; most importantly, it encourages no close-minded racist or sexist to change their mind.

The news from the Jerusalem District Court, upholding an earlier decision that women who wear tallitot in the Western Wall Plaza are not contravening “local custom” or causing a public disturbance, and therefore should not be arrested, is historic and groundbreaking. Finally, some sanity in Israeli politics. A recognition that it’s fine for individual women to choose not to wear ritual garb, but that no one else can force such a decision upon them and that they are welcome to wear tallit and/or tefillin without fear of reprisal … this is a welcome action indeed!

But of course, the response is not only one of celebration. The ultra-Orthodox reaction is familiar to us all. Grafitti on the homes of women involved in the protests. Spitting at them, throwing water bottles, chairs, garbage and rocks in the Kotel plaza — we’ve seen it all before, haven’t we?

In this week’s parasha, Beha’alotkha (chapters 8-12 in Numbers) – words, by the way, that women may not read at the Kotel – includes the commandment to kindle in the Tabernacle a seven-branched menorah whose lights are specifically to be directed forward. While one may certainly interpret Torah many different ways, the image of using illumination to light the way before us, this is a powerful one for me. And it speaks powerfully of the need for good people to bring communal goodness to all.

The Women of the Wall have been shining a beacon of light on the injustices at the Kotel since 1988. It’s taken twenty-five years (!) for this decision to finally come down. While it’s understandable that their efforts have been opposed by the ultra-Orthodox, it’s unconscionable that the Israel political leadership has ducked the issue all these years.

Don’t expect the decision to resolve anything. Not for a while, anyway. First we have to see if the government has the courage to implement the decision, to back it with police protection, and to prosecute those who break the new law. It took Attorney General Robert Kennedy to send in federal troops so that American law would be implemented down south. Let’s hope the Knesset can take a lesson from American history on this one.

In the meantime, seven-branched menorahs can become very heavy. Our support – via letters, petitions and donations – can keep those lights shining where they’re most needed.

At about 6:00 am one morning in 1983, during my year of rabbinical study in Jerusalem, Ellen and I wandered into the Kotel plaza and noticed something amazing. A man on a ladder was reaching into all the crevices in the Wall and pulling out the hundreds (thousands!) of tiny notes left there as prayers to God. It made sense, of course, that eventually there’d be no room for more notes and that the Wall would have to be cleaned. Our jaws dropped just the same and I, equipped with camera, took a full series of photographs to record this stunning moment. But it was in the era of kodachrome film and mine, though installed, was not advancing. Not a single picture developed.

An act of God? A Divine message that you don’t mess with the Kotel? Or with the Orthodox establishment’s maintenance of practice there?

I’m sure there are plenty who would agree.

But not me. And thank God, not Anat Hoffman or Rabbi Uri Regev, or any of the Women of the Wall who will continue their efforts for another twenty-five years if that’s what it takes to secure not only their civil rights, but civil rights in general for all the people of Israel (including, by the way, her Arab citizens).

This week, here in America, the struggle for civil rights continues. The Boy Scouts of America agreed to allow young gay men to join its programs. But not to lead them. Which means there is a ways to go.

There is always a ways to go, isn’t there?

Dear God, Teacher of Mitzvot, Divine Instructor of Honor and Integrity, stop being so patient with us. Sear our hearts with a passion for kindness and welcome. Jolt our minds with understanding of openness and inclusion. There is no convenient time for justice. That time is now. It has always been now.

May we find the courage and the strength to join our hands, and our destinies, with those who have taken up the banner of these struggles. And may we live to see a world where no one must endure the sting of prejudice and discrimination.

A woozle, a goozle and a foozle were spending an evening together. In the middle of their conversation, the lights went out. Undeterred, the woozle said, “Let us consider the nature of light and of darkness.” The goozle began to sing a hymn in honor of our Little Sister Darkness. But the foozle went down into the basement and replaced the fuse.

There is a time to consider life’s vicissitudes. There is a time to look that word up in the dictionary. And there’s a time to get to work. Whether it’s natural disaster in Oklahoma, homophobia in the Boy Scouts, sexism in Jerusalem, or any of countless injustices to be found the world over, and in our own backyard, may we each do our part to replace the fuse, and get the light back where it needs to be.

← A Grocer’s Tale
A Piano in Taksim Square →