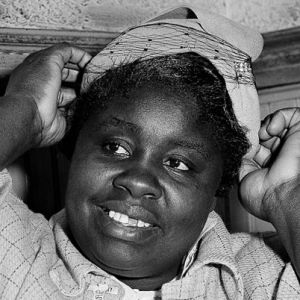 At Woodlands, we’re following Israel’s schedule of Torah readings. So this week, it’s Pinkhas. The rest of you can get a jump on next week.

There’s a reason rabbis seem to only speak about the character of Pinkhas when this parashah comes along. The rest of the Torah text (Numbers 25:10 – 30:1) is mostly genealogies … a long list of descendants from the original twelve tribes. By and large, these lists aren’t terribly interesting, so much so that I recall many years ago Reader’s Digest publishing their own version of the Bible that left out these genealogies. So if you happen to have that version at home, you’ll miss out on the chance to meet Serakh bat Asher. 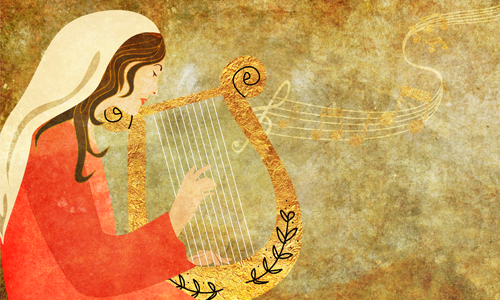 Serakh bat Asher is actually mentioned three times in Tanakh. 1st, she gets a mention in Genesis 46:17 as the sister to Asher’s boys: Yimnah, Yishvah, Yishvi and B’riah. She’s mentioned again in parashat Pinkhas, in a census of all Israelites who are able to bear arms, once again as the sister to her brothers (‘tho curiously, one of the four boys, Yishvah, is missing from this list — somebody want to tell me why?). Then, in I Chronicles 7:30 (books toward the end of the Tanakh that review Israelite history), Serakh is mentioned once more as their sister.

Let me tell you about my sister, Joan. She’s the eldest of the six of us, one girl followed by five boys. She was (as far as I could tell, being 13 years her junior) super well-behaved, always doing her parents’ bidding, and living a very conventional life. As a result, while I was growing up in Cincinnati, I would hear many references to “the Dreskin boys” who were always making a name for themselves — either through their achievements or from getting into trouble.

As the youngest of six, I was in awe of them all. But my sister was pretty much known only as “and their sister Joan.” Such is what comes, perhaps, from being dwarfed by your little brothers. Don’t be mistaken, though — she could whup every one of us. And we lived in respectful fear of her. In our constellation, “and their sister Joan” was the star.

Serakh bat Asher is mentioned only in passing in the Torah. For all intents and purposes, she is a mere footnote in Israelite history: “their sister Serakh.” But in midrashic literature (stories composed by rabbis who lived much later down the line), her reputation looms huge. The reason for this is likely because she gets mentioned at all in Torah. Not a lot of women get that. Eve did. The matriarchs did. The daughters of Tzlophekhad did. But they also all had stories they were part of. Serakh bat Asher is known in name only. One can’t help but wonder why (unless you read the Reader’s Digest version, in which case you’re not doing any wondering at all).

The rabbis loved mysteries like this one. Why in the world would someone get mentioned three times without any story? And for generation after generation, they assumed it’s because this woman had a story! So Serakh bat Asher became a most beloved character in our rabbis’ imaginations. Here are just some of her tales:

• The rabbis imagined that, having been present both at the descent down into Egypt as well as the Exodus out of Egypt, Serakh must have lived an extremely long life … somewhere between 200 and 400 years!

• The rabbis imagined that, when Jacob was to be told his son Joseph was still alive, it was Serakh who was sent to play music for her grandfather, and to sing of Joseph’s fate in order that it be revealed to Jacob with utmost love and care.

• The rabbis imagined that this was the source of Serakh’s longevity. After delivering her message with such tender and gentle tones, Jacob gave her a most powerful blessing: a life whose length would surpass most, if not all, others.

• The rabbis imagined that, in the Book of Exodus, when Moses was having difficulty persuading Israel to let him lead them to freedom, it was Serakh who spoke to them and convinced the people to follow.

• The rabbis imagined that later, when Moses needed to find Joseph’s bones in order to carry them up from Egypt for burial in the Holy Land, it was Serakh who remembered their location.

• The rabbis imagined that, in II Samuel 20, which takes place long after the Exodus and during the reign of King David, she may still have been alive, for a certain isha khokhma … an unnamed “clever woman” advised the Israelite general Joab how to win a certain battle and save countless lives while doing so. The rabbis say that “clever woman” was Serakh.

• And then when Serakh’s life finally reached its conclusion, the rabbis imagined that God conferred upon her the honor of entering Gan Eden (Paradise) alive – a distinction that was reserved for the likes of Abraham’s servant Eliezer and the prophet Elijah. According to the Zohar, Serakh resides in heaven to this day where she has become a renowned Torah scholar.

So this supremely unvetted (to use election-time parlance) woman of the Bible, whose name we receive but nothing else, is provided a back-story like no other. And about the only reasonable fact, if we can even call it that, to take away from Serakh’s story is that she must have been a person of substantial importance. To achieve in the Tanakh even a single shout-out, and she gets three, that’s impressive. All we can really do is ponder the question, “How did she earn that?” God bless our tradition for making up so many imaginative and loving tales in response to this question.

Here’s a different story. It’s about Serakh bat Asher, but not the one I’ve been mentioning. This Serakh is one more unknown figure in history whose story – in this case, only slightly better known than her biblical counterpart – impresses and inspires. From 1950s Montgomery, Alabama — specifically during the 55-56 bus boycott which had been sparked by the arrest of Rosa Parks and which really kicked the civil rights movement into high gear — Georgia Gilmore is a name you probably don’t know but really should.

Georgia Gilmore lived in Montgomery where she worked as a midwife while caring for her own six children. She also worked as a cook until the boycott began and she was fired for speaking out against racial inequality. Georgia’s cooking had become so well-known that, now out of work, she was encouraged to open her own business. It didn’t take long for leaders of the boycott — including Dr. Martin Luther King, Jr — to begin using her home as a meeting place (which happened to serve some mighty fine vittles) and as ground zero for the nascent civil rights movement.

Georgia’s food was awfully good, but her talents and her destiny with the movement were not limited to her cooking. Dubbed “the Club from Nowhere,” to protect the anonymity of its participants, Georgia established a clandestine group that organized food sales – cooking up a storm of meals and desserts to be sold throughout Montgomery and whose proceeds went into coffers of the Montgomery Improvement Association, the guiding leadership behind the boycott.

The significance of Georgia’s efforts is two-fold: First, she was incredibly successful in her fund raising efforts, cited by some as the force which kept the boycott alive, both through the financial assistance it provided and, just as important, the visible community support for those on the front lines that it generated. Second, through Georgia Gilmore’s example, African-American women were inspired to support the boycott wherever and in whatever ways they could. Rival clubs sprang up, initiating friendly competition in providing greatest support for the boycott. Folks did what they could, which amounted to plenty. More than plenty. Gilmore herself is quoted as saying, “They were maids and cooks, and they were the ones that kept the boycott running.”

Georgia Gilmore is one of the unsung heroes of the civil rights movement. Like Serakh bat Asher, Georgia’s name is not well-known. But her impact was true and strong, her story very much worth remembering.

Most of us will never become famous. At best, and this is no small thing, we will become famous in the hearts of a small number of people who have known us, and who celebrate us for our principles, our efforts and, yes, our achievements. We need not plaster our names on the fronts of buildings, or proclaim ourselves the savior of a people. We just need to try and do what is right. Some may say that’s not enough, that the powers of corruption and greed are just too great. But take a page from the life of Serakh bat Asher.

Or if you don’t believe that story, take one from the life of Georgia Gilmore. And know that our actions can make a difference, a very big difference. It’s possible that no one will ever hear about it. But perhaps that’s how life is best lived.

I don’t know where these next words came from. But every now and then, they show up at a funeral, recalling the memory of someone whose impact was huge, but known only to some. I love these words, and share them in the hopes that you’ll know someone to whom they apply.

Few of us ever achieve the acclaim of everyone,
But that is not to say that fame has escaped us.
In the hearts of a handful of people whose lives we have touched intimately,
Our torch will continue to burn without us.
And who is to say this is not a greater achievement,
To grasp fame without doing famous things,
To be loved for what we were instead of what we were able to become,
To be forgiven our faults,
And to be celebrated simply for our spirits,
Our character,
And our willingness to try.

← Living in the Wake of Tragedy
Reflecting on the 1st Yahrzeit of Emanuel AME Church in Charleston, SC →