Reflecting on the 1st Yahrzeit of Emanuel AME Church in Charleston, SC 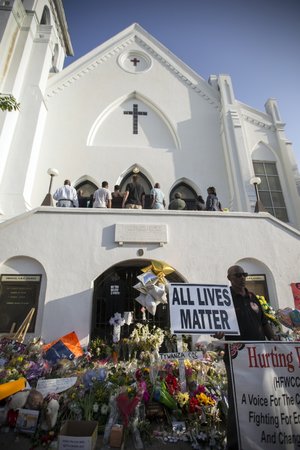 Orlando. Dallas. Baton Rouge. So many acts of gun violence since, a little more than a year ago, on Wednesday, June 17, 2015, Dylann Roof entered the Emanuel AME Church in Charleston, South Carolina, spent an hour with the community there studying Bible, and then pulled out a .45-calibre pistol and murdered nine parishioners and clergy. A year later, stunned by the death and grief which have continued to tear through our country, we are sadly confident that nothing in America will change. We’ve watched it all unfold before and, wearily, expect to see this again and again.

Still, in spite of everything, we hope for an effective national response to gun violence in our nation, even while gauging our own personal response. Thinking back on that day in June 2015, I can’t help but feel linkage between me and the people of Emanuel AME Church. Dylann Roof entered their parish that evening even as I entered my synagogue at almost the same time. That same evening, our local interfaith organization was starting its monthly meeting. When Dylann Roof brandished his gun, temple leaders and I were reviewing our past year, and the interfaith gathering was wrapping up. The people of Emanuel AME Church were doing what people of faith do in every house of worship, and we were doing in ours: learning together, praying together, working together for the simple purpose of bringing God’s blessings into the world.

When our temple built a new sanctuary in 2002-03, we had to move out for the year of construction. Before doing so, there was a heated debate about an offer from nearby Greenville Community Reformed Church to come worship in their prayer space while we were building. Theirs was a simple, warm, unadorned sanctuary, with no more than a single cross on the front wall, and it was located a very reasonable distance away. Eventually, we would accept their gracious invitation. But before doing so, some of our folks resisted. How can we worship in a Christian space? Isn’t it offensive to pray where Jesus is worshiped?

The choice was a no-brainer for me. Our very kind neighbors had invited us in. What could be offensive about one people of faith embracing another in its hour of need? Nonetheless, I understood the visceral reaction that some of my congregants experienced. After all, Christian history has not been kind to the Jewish community these past 2000 years, and it’s really only a recent development that Jews and Christians have befriended each other and comfortably visited one another’s houses of worship.

I did some study about Judaism and the question of whether our ancestors felt it acceptable to worship in a church. Here’s what I found.

In the Talmud (Shabbat 127b), Rabbi Yehoshua is in Rome and, prior to entering the home of a Roman matron, removes his tefillin (which, at the time, were worn throughout the day). He later explained to his disciples that he did not wish to bring Jewish sacred objects into a place where there were idols. While Jewish law does indeed forbid us from engaging in prayer in a place of idolatry, the question is: Does Christianity or Islam constitute, in Jewish eyes, idolatry?

In the Shulkhan Arukh (a highly-respected 16th-century code of Jewish law), we read, “The peoples among whom we live (i.e., Christians) and the Mohammedans are not idolaters.” So even though Christians worship God in three different manifestations, Jewish tradition still considered them worshipers of One God. Muslims too. Which is why, in the Shulkhan Arukh, we also read, “One may pray in a house where there are (idolatrous) images but should not bow towards them, even if they are in the east (the traditional direction of Jewish prayer … toward Jerusalem). One should face another direction, while directing the heart toward Jerusalem.” 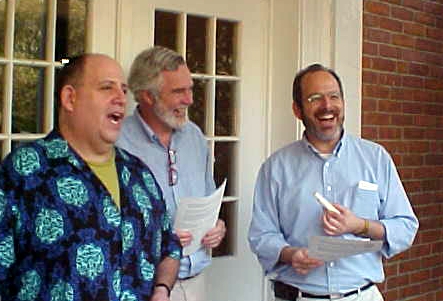 In May 2002, Pastor Jack Elliott (center) of Greenville Community Reformed Church, invited us to affix a mezuzah to his church’s door before our temple began using it for services.

Only occasionally does a more stringent authority prohibit the use of a church for Jewish prayer. The predominant tenor of rabbinic opinion, however, is that (in the words of Elijah Mizrachi, a 15th-century Turkish rabbinic giant), “Even a house that is regularly used for non-Jewish worship may also be used for Jewish worship.” Rabbinic authorities are also clear that it is acceptable to use a Torah in a church and, if needed, to store it there.

Nothing, therefore, short of our own inherited memories and personal attitudes, prevents us from worshiping in a space that has been designated for use by another religion. In fact, an opportunity to join ever-more closely with neighbors of a differing faith, this is very good for us. What an honor to spend time worshiping at Greenville Church! They even insisted we put up a mezuzah. And when the 1st anniversary of 9/11 rolled around, we cried through that shared memorial service together.

A year after nine men and women were murdered at Emanuel AME Church in Charleston, SC, I am remembering our synagogue community’s year in a church, and it’s been tugging at me. I think it serves as a bridge from Woodlands (my synagogue) through the Greenville Community Reformed Church, to Emanuel AME in Charleston. It’s simply one more way that my heart has been linked to theirs and to all victims of gun violence.

Part of the shared faith between Jews, Muslims and Christians is that there is a loving God in the universe Who cares for us – all of us. And when human beings share a common respect for one another, offering kindness and love from one person to the next simply because we are all God’s creations, we demonstrate the best and highest manifestations of God’s love. The folks at Emanuel AME were simply doing what we all do – learning about and practicing their religious faith, including the welcoming of Dylann Roof to join them that evening. For that – and the addition of their skin color – they were murdered.

And what did the Emanuel AME Church community do in response to their tragedy? They sounded a call for increased love and an end to hate and violence.

My heart still aches for the families of those nine who died in Charleston, but it aches for so many more who have died since then. In fact, my heart aches for an entire country that just can’t find the resolve to fix this.

So I’ll pray. But I’ll also act … with my voice, my wallet, and my vote. I hope that you will too.

50 years ago, on Friday evening, September 9, 1966, Woodlands Community Temple held its very first Shabbat celebration. This holiest of services – one that initiated the creation and establishment of our kehillat kedoshah, our sacred temple community – wasn’t celebrated inside a synagogue building. We didn’t have one. Instead, we gathered in a nearby church – the Calvin United Presbyterian Church in Hartsdale, NY – which opened its arms and its doors to us, one neighbor saying to another, “How can we help?” 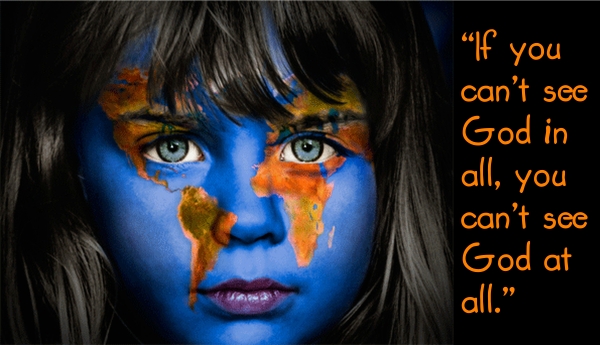 I think of all three of these acts of kindness – two churches that invited us in, and a third church that invited Dylann Roof in – and I pray. May we never close our doors to another human being, especially in their moment of need. May we teach our children that there is no shame in expressing such need, but that it must only be shared through words and tears, never through a clenched fist. May we continue to affirm that God’s love comes into the world through human acts of goodness, so may our spirits be resolute in the faith that it is always right to welcome and to love. And may the day soon arrive when every man, woman and child not only understands, but lives, such faith.

P.S. On Saturday, September 25, 2016, 4:00-6:00 pm, we’ll be hosting “The Concert across America to End Gun Violence,” a series of live events from coast to coast to remember the victims of America’s gun violence epidemic. Turning up the music to turn down the hateful rhetoric. Please visit us on Facebook to learn more about our event, or Remember 25 to learn how you can host your own. Trying to do our part.

← Serakh bat Asher: To Grasp Fame Without Doing Famous Things
The Wilderness of Our Lives →