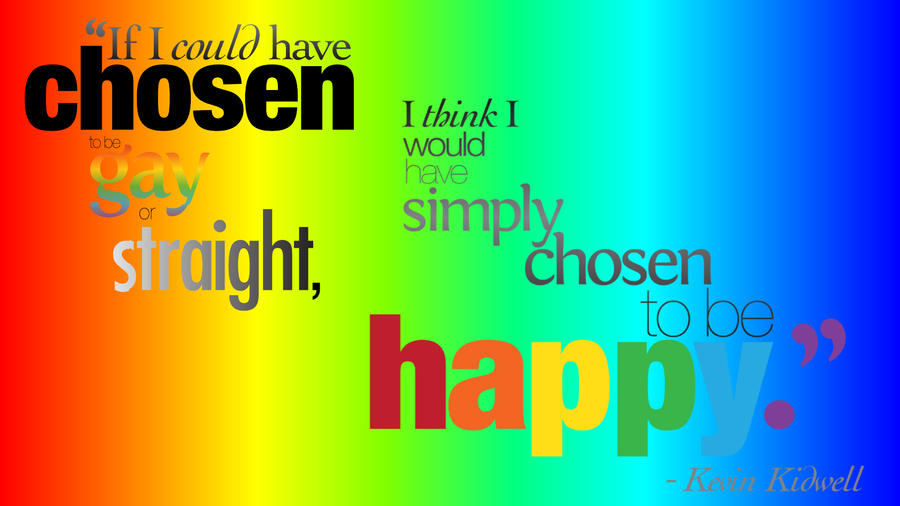 I was invited to write this piece of ReformJudaism.org where it was published on June 19, 2015. I hope you find it worthwhile reading.

I did not know that June is LGBT Pride Month. I’m not gay, which may or may not be a valid excuse. That being said, I specifically requested to write this installment of 10 Minutes of Torah. Gay rights is one of the critical issues in these beginning years of the 21st century. I may not be marching down Fifth Avenue on Sunday, June 28, in the Gay Pride Parade, but I’m very well aware that June 28 is also the anniversary of the Stonewall Riots which, in 1969, pretty much ignited the gay liberation movement and the battle for LGBT rights across our nation. It is a battle in which we all, gay and straight, are conscripts.

As a rabbi, it’s been important to stand with my community on issues of vital social concern. I’ve marched in Washington, been arrested in New York City, lobbied my elected representatives, and written endlessly on the challenges facing all who care about justice and compassion in our society.

Sometimes, however, it is normalcy (and the non-events that frequently comprise its blessed existence) that has defined my strongest stands. I learned this from my son Aiden. Now a rising college senior, when Aiden was in high school he joined the school’s Gay-Straight Alliance. He did so simply to stand by his gay friends. It was never a big deal for him, but it was still something he felt was important to do. He did so quietly, without any fanfare and, in doing so (and probably as a complete surprise to himself), made a powerful impact on his dad. To this day, I hold Aiden’s model of action close to my heart: do what’s right, and don’t make a fuss about it.

In the world of LGBT understanding, I have since made these small, but meaningful, adjustments in my life:

1) One night, after a Shabbat Evening Service, Corey Friedlander, a gay member of our temple, approached me and said, “I notice you no longer say ‘husband and wife’ when speaking about marriage. Instead, you’ve begun using the word ‘partners.’ I’m curious as to what brought about the change?” I thought about it a bit and then said to Corey, “The young people who are sitting in the congregation, some of them are engaged in a struggle to figure out their sexuality. If any of them turn out to be gay, and some very likely will, I don’t want them to ever think that their synagogue wasn’t a place where they could feel at home.” It’s not a world-altering effort, but for some teenaged kid? It could be their entire world. If I can help in these small but important ways, that’s what I want to do. 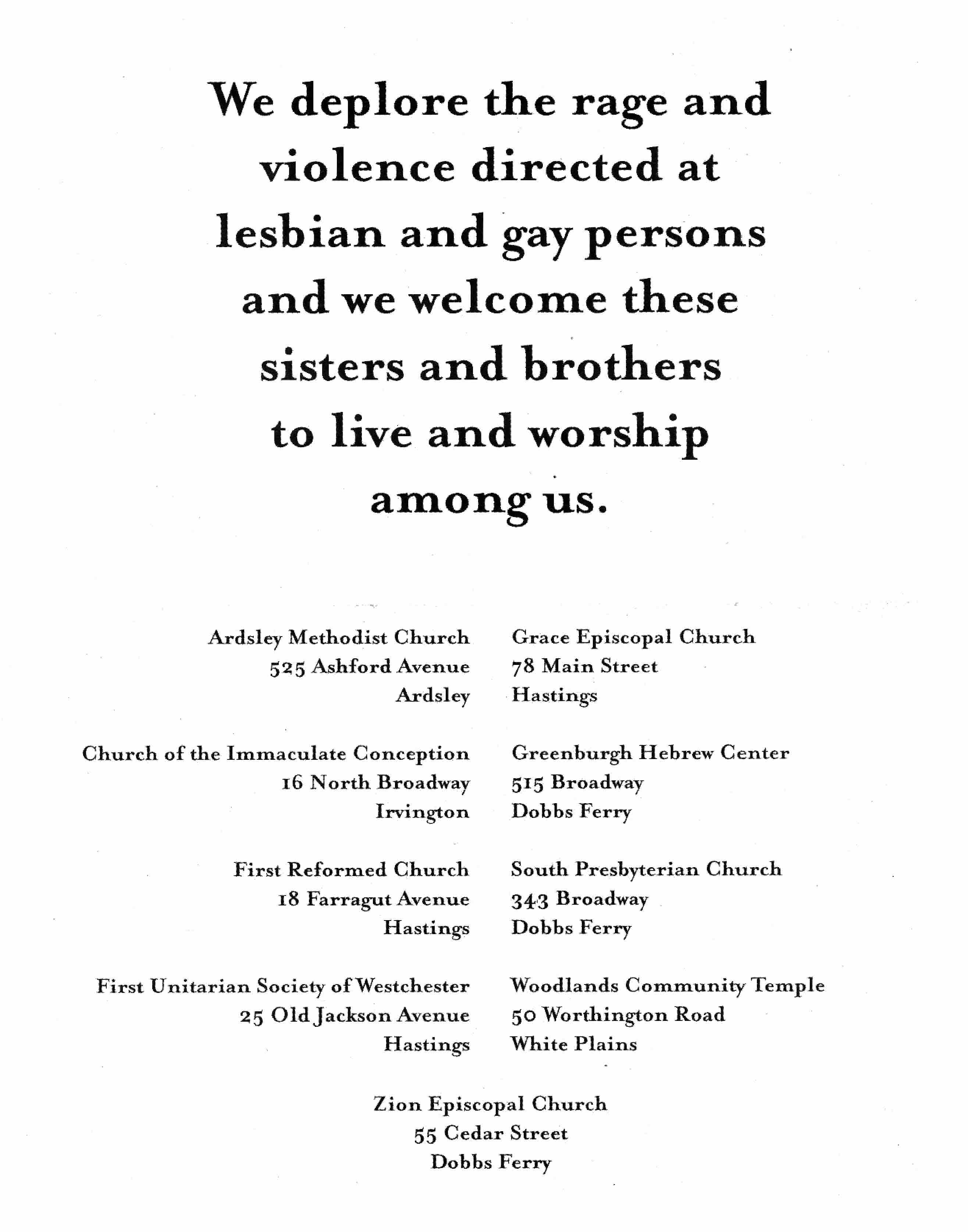 2) In 2010, when some particularly nasty anti-gay activity was taking place in multiple locations across America, the houses of faith in our area came together and published the following simple but powerful ad in our local paper: “We deplore the rage and violence directed at lesbian and gay persons and we welcome these sisters and brothers to live and worship among us.” Five years later, even as life continues to improve and ,yes, normalize for the LGBT community, our temple continues to display that ad at our entrance. It’s a simple but moving gesture that I hope one day will no longer be needed. In the meantime, it quietly affirms that our doors are open wide for all.

3) Corey and I have shared many conversations about the openness and inclusiveness of our synagogue. Ours is not a large temple, so we can’t offer every flavor of programming for every affinity group. On the other hand, we try very hard to be a “community temple” where, as much as possible, we all come together – young and old, married and single, gay and straight – to share our lives and our hopes with each other. We worship together, learn together, perform acts of tikkun olam (compassionate justice) together. The “normalcy” we strive to achieve is one where a person can walk into our temple and, not finding the affinity group that might tell them that their particular need is cared for, finds a spiritual home where Jewish men, women and children of differing stripes (including such political differences as democrat and republican, gun control advocates and gun owners) all coexist in an authentic and holistic manner.

These are three examples of the kind of work I labor at every day. I know that there are crucial legal and political challenges that need to be met. I support them and encourage others to do so. But so much of life happens in the normal, everyday. If each of us were to carefully govern “the little things” – the words we speak to friends and acquaintances, the modest actions that can mean the world to someone else – the cumulative consequences would be world-changing.

I watched a beautifully tragic film recently entitled, “Any Day Now.” It takes place in the 1970s and involves a gay couple trying to adopt an abused and abandoned child. In that world – a world not far removed from the one in which you and I now live our lives – such an effort was not often, if ever, rewarded with success. During LGBT Pride Month, I am so grateful to know that the world is changing. Little by little, if we each do our part, whether quietly or in loud protest, we just might build a world whose doors are open wide for all of us.

← The Phone Lines of Human Connection
Unclean After Charleston, SC →