Of Rockets and Screaming Children

Note: I wrote this as the violence began escalating between Israel and Gaza. While events in the Middle East are dominating the news cycle, I didn’t want to abandon my excitement for speaking about camp and science and Jewish life. Nevertheless, I am cognizant of the tragedy that is unfolding. Ultimately (I hope), these words reflect my feelings about what’s going on 6000 miles away as well. Billy

This past December, the Union for Reform Judaism (URJ) held its biannual convention in San Diego. It offered the usual fare — incredible study sessions with great Jewish scholars, fantastic speeches by major national and international leaders, the best music the Reform movement has to offer, and terrific debates on issues of liberal Jewish import (including, at this convention, agitating for more research on the dangers of hydraulic fracking, support for paid sick leave, and advocacy for ending the 50-year-old US-Cuba embargo. 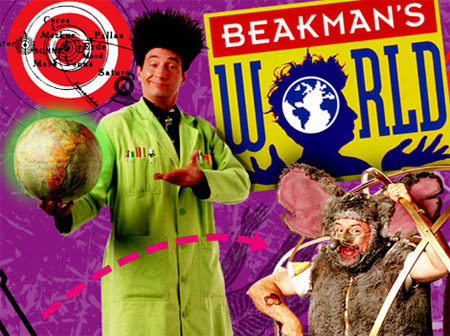 But nothing could have surprised or thrilled me more when Beakman showed up on the Biennial stage. Beakman, you may recall from your 1990s television viewing, was (and still is!) an eccentric scientist who, Wikipedia tells us, “performs comical experiments and demonstrations to illustrate various scientific concepts from density to electricity and even flatulence.” What was he doing at the Biennial? He was unveiling the URJ’s brand-new Science and Technology Academy, a summer camp for Reform Jewish kids that would combine Jewish values with really cool science. I looked over at Ellen and said, “I have got to go there!”

I’d thought I was finished with summer camping. Five years as Machon and a counselor at GUCI (in Zionsville, Indiana), a summer as the Judaic Specialist at Camp Coleman (in Cleveland, Georgia) and, of course, 22 summers on rabbinic faculty at Kutz Camp (in Warwick, New York). Did I have one more week in me to go see what a Reform Jewish science camp would be like? You betcha!

So a few weeks ago, I packed my car and headed north, 45 minutes past Boston, to the site of the oldest boarding school in America, Governor’s Academy, established in 1763, before the United States declared its independence! 60 kids in grades 5-9 soon arrived, dividing themselves into four major areas of learning: robotics, video game design, digital media production, and environmental sciences. For three hours each day, they work with some really smart professionals who, assisted by some really smart counselors, equip the kids to get their hands dirty in real experiments and projects.

I was only interested in the Boker Big Bang, which takes place every morning before breakfast and, under the guise of inquiry and learning, blows things up. As far as I know, there’s no other URJ summer camp where that kind of stuff is going on! I had definitely picked the right place for my URJ camping swan song. 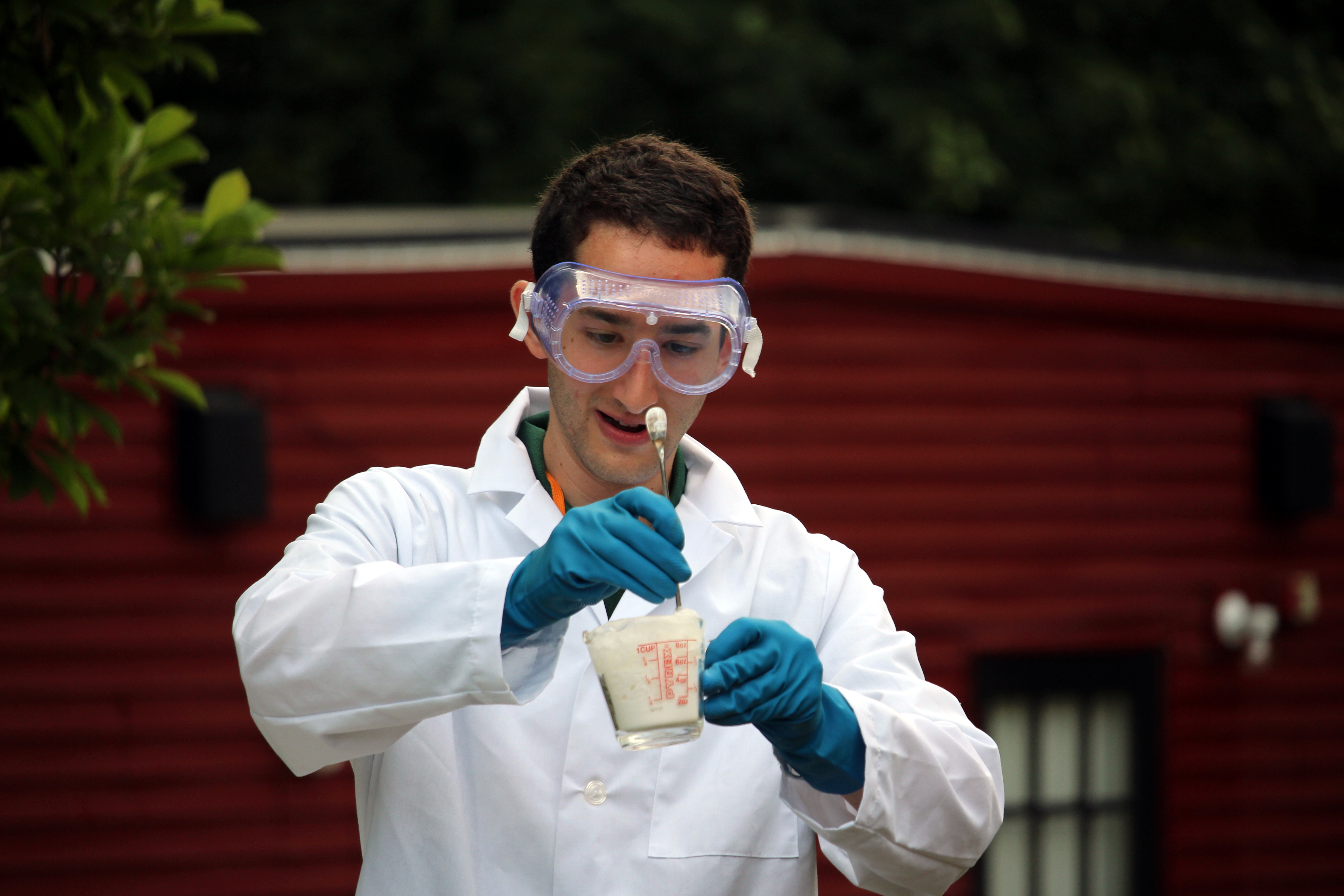 But fun as it is to explode things and even to make weird, squishy chemical reactions, the big question on my mind is: Can math and science really serve as the premise and foundation for a Jewish summer camp, even a Reform Jewish summer camp? After all, how many 5th through 9th graders have told me, in gleeful defiance, that they no longer believe in God because they “believe in the Big Bang.” And although belief isn’t really supposed to be part of chemistry and biology, apparently they have sufficient faith in their science teachers to warrant thumbing their noses at their rabbi.

In my synagogue we don’t teach kids that the Six Days of Creation as described in Genesis is real. We’re pretty careful to let them know that Genesis is our story and not our history. We love this story, especially for the values it teaches us, but we don’t feel the need to accept it as fact in order to learn from it. The Torah was finished around 500 BCE, when science was really just getting started. So of course science and Torah are going to be at odds with each other. Science and science are at odds with each other. That’s how we learn. By testing ideas and sorting out which are true and which are not. So long as we’re open to discovering new truths from wherever they may arise, and we don’t beat people senseless for it, being “at odds” is a really helpful component of human relationship.

None other than Albert Einstein himself perceived the connections between Judaism and science. In the Winter 2010 issue of Reform Judaism magazine, William Berkson (“Einstein’s Religious Awakening”) quoted a 50-year-old Einstein as saying, “The most beautiful experience we can have is the mysterious. It is the fundamental emotion which stands at the cradle of true art and true science. Whoever does not know it and can no longer wonder, no longer marvel, is as good as dead, and his eyes are dimmed….A knowledge of the existence of something we cannot penetrate, our perceptions of the profoundest reason and the most radiant beauty, which only in their most primitive forms are accessible to our minds – it is this knowledge and this emotion that constitute true religiosity; in this sense, and this alone, I am a deeply religious man.” 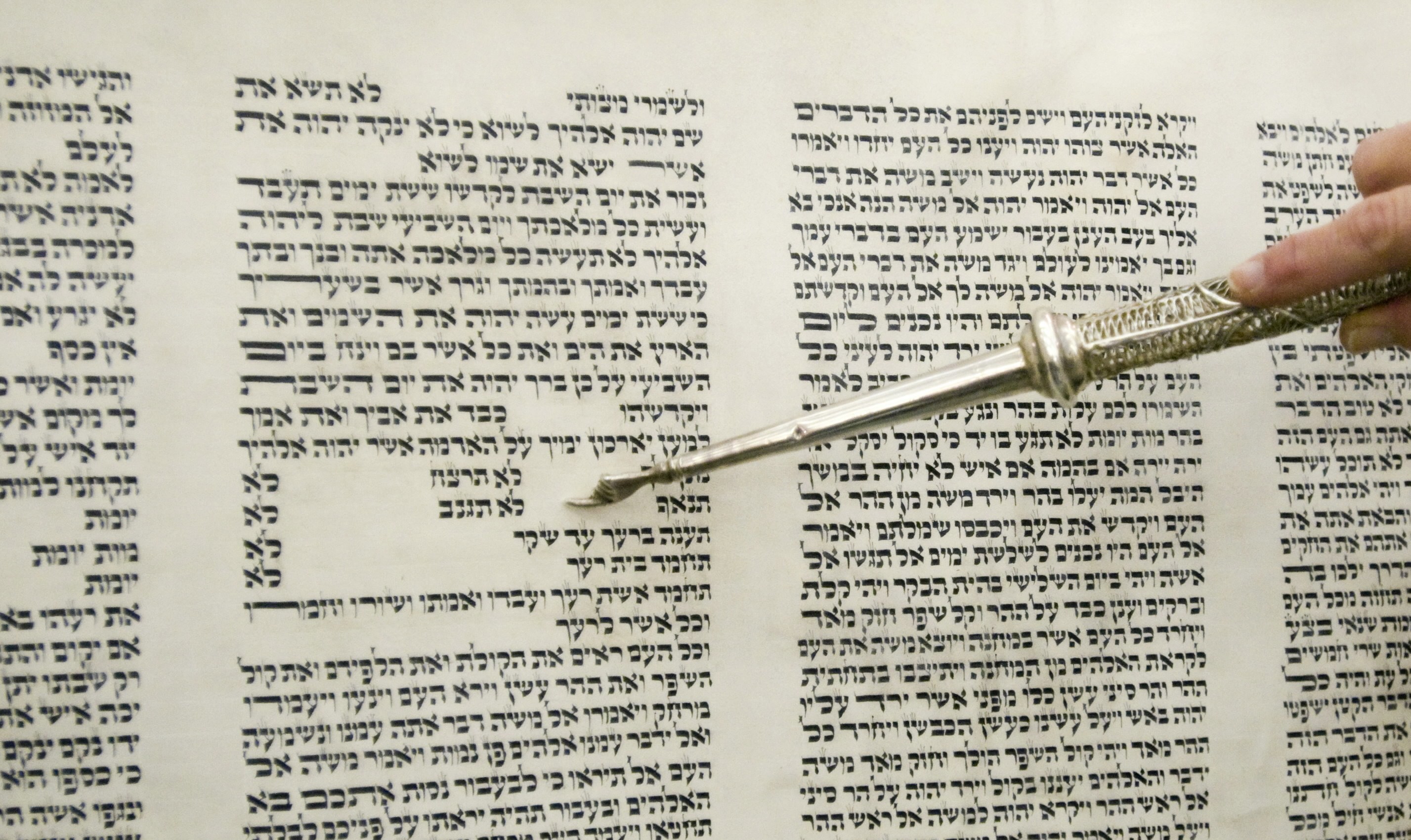 Einstein, I think, understood that Judaism and science were not incompatible. While yes, there have been, and will always be, those who insist that the Torah is 100% accurate and true, the value of Judaism does not rely on that to be so. After all, in 500 BCE how much could the rabbis have known about cosmology? As recently as the 17th century, Baruch Spinoza got himself into a heap of trouble when he suggested that the Torah might not be 100% true. What’s remarkable is that, even though we Reform Jews are essentially Spinoza-followers, our kids all think their rabbis are fundamentalists. No matter what we tell them, they seem to default to a belief that we believe every word in the Torah is true. So when the time arrives, somewhere around the 5th through 9th grades, that they are no longer able to accept a fundamentalist view of Torah, they blame us for lying to them!

And that’s why I think a URJ Science and Technology Academy for 5th through 9th graders is such a magnificent thing. At the very moment when science undoes Judaism for many of them, Judaism now places math and science front and center, as if to say, “Where are you running to? Math and science are not foreign to Jewish thought. In fact, math and science fits the Jewish spiritual outlook beautifully!”

But will a Jewish camp founded on principles of math and science succeed? That we cannot yet tell. It’s going to be a few summers before Sci-Tech figures out how to truly synthesize Judaism and science. But the opportunities for such synthesis are not only abundant, they’re critical. And I suspect that, as Sci-Tech figures out some of the best ways to teach these ideas to our kids, we will bring a bunch of those strategies back home to our synagogues. Yes, yes, yes … of course I want to blow things up! Probably not in the sanctuary, though. Maybe only on the front lawn? But to develop new ways to convey these ideas to our kids – ideas of mystery and spirit that are wrapped in science’s study of how our world works – that would be important and beneficial to us all.

In my synagogue, most of our students stick around through Confirmation and even Graduation. But some of them are asking these great questions about the impact of math and science on spirituality. If they don’t receive satisfying responses, Judaism will lose its relevance and they will leave. And it could be a very long time, if ever, before these kids (adults?) truly come back.

At the Sci-Tech Academy, rockets are flying through the air. The sounds of excitement and curiosity can be heard across the entire camp. Sadly, rockets are also flying through the air in Israel right now. While people are curious, about them to be sure, I doubt they’re terribly excited. Thus far, neither science nor religion have figured out a foolproof way to turn enemies into friends. Thus far, all attempts between Israelis and Palestinians have failed. 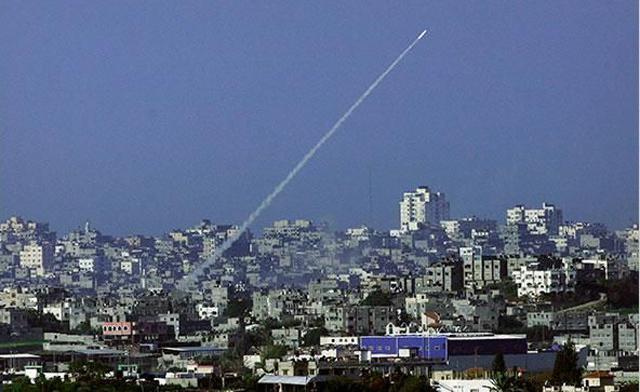 But failure is what most of science is all about. Thomas Alva Edison viewed failure as merely being 10,000 ways that don’t work. And back to work he would go. We mustn’t banish either religion or science simply because we’ve experienced failure. What we must do is to embrace the humility of one and the determination-in-the-face-of-failure of the other, and forever accept the challenges our world sets before us. From questions as big and elusive as understanding the origins of existence, to questions as big and elusive as how to finally bring peace to Israelis and Palestinians, we must fearlessly persevere. And we mustn’t let anything — in the interest of scientific inquiry, in the interest of religious conviction, in the interest of peace — we mustn’t let anything deter us from continuing to try.

One of my favorite moments during my stay at Sci-Tech was when the camp director, Greg Kellner, gathered groups of kids to stand with him between an open Torah scroll and the just completed Sci-Tech Torah (which includes events both from Genesis and from secular scientific history). He spoke with the kids about his dreams for the kind of summer each one would have, a summer filled with fun and with learning, a summer filled with new friendships and new ideas, a summer filled with danger-free adventure and great memories that would last long after camp was over. 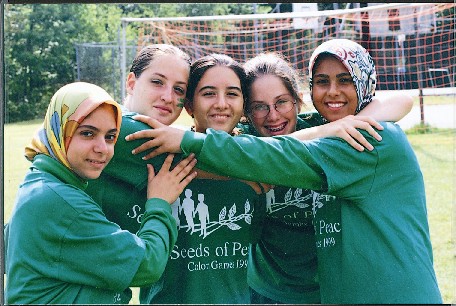 May the day soon arrive when the only rockets that fly overhead are the ones our children are squealing at with delight and laughter and a love for learning something new. Would that we could create such lives for all children everywhere, that their days and their nights would never be disturbed by the fear of explosions, or the destruction of their homes, or the disruption of their schooling. Utilizing all of the tools You have given us, God, may we soon fashion a world where kids feel like they’re living in one great big, wonderful Sci-Tech Academy all year long.

← When Does Night Become Day?
Israel and the Palestinians: Piecing Together Peace →