It’s New Year’s — Who’s Up For Some Resolutioning?

You know this story? Back in Eastern Europe, sometime during the nineteenth century, there was a small village that had a Police Chief who found great pleasure in persecuting the Jews who lived there. One morning, the Police Chief encountered the village rabbi, who was carrying his tallit. It was, of course, obvious that the rabbi was on his way to the synagogue, but the Police Chief, to annoy him, asked, “Where are you going, rabbi?” “I don’t know,” came the reply. The Police Chief, angered by the rabbi’s insolence, shouted, “It is perfectly clear that you are going to your morning prayer service at the synagogue! So why don’t you admit it?” And he gave orders for the rabbi to be arrested. “You see,” said the rabbi to the Police Chief, “I did tell the truth. Was I quite certain where I was going? I had certainly intended to go to the synagogue, but now I find myself in prison. So I never really know where my journey is taking me.”

It being the week before New Year’s, and its attendant resolution-making, I’ve been wondering: What would you do if you were truly free to do whatever you want? If there were no constraints and the possibilities were unlimited, where would you go, who would you look up, what would you do, what mark would you leave?

I thought it might be fun (or depressing, I suppose) to think about our undone work, and to ponder what we might be able to actually get done in the year ahead. And to maybe articulate some of the things we likely won’t get done but wish we could just the same. Some may think this exercise a waste of time, but I believe it’s helpful to orient our souls and, at the very least, point them in the direction we wish we were going just in case the opportunity arises to move even a tiny bit in that direction. 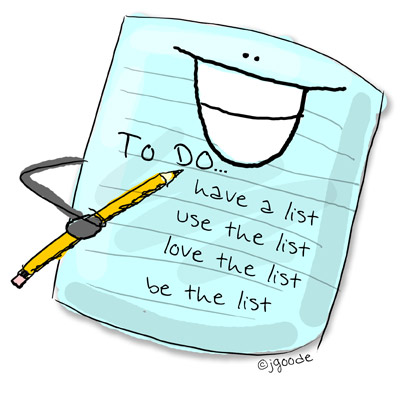 A cursory look online reveals that a lot of people write lists of hoped-for accomplishments. Some do it for themselves; many do so to teach others (or to get you to buy whatever life-improvement product they’re peddling). I looked over some of these lists and pulled out some that I thought were worth mentioning here.

One guy listed his top one hundred life goals. They included everything from owning a yacht and a Tesla, to doing a lot of reading and exploring the ocean floor. Near the top of his list, I’m pleased to report, are finding love, building a family, and helping others.

On another list, it wasn’t until item 50 that there was even mention of another human being. It wasn’t until item 73 that this person wanted to do anything for a family member. And in the entire list of 130 goals, not once did the writer express interest in improving another person’s life without seeking something in return (ie, giving away a product in exchange for some good PR). I don’t know when this list got started, but it’s been updated annually since 2006. In 2019, there’s finally mention of helping others in ways that don’t bring more professional success. Excellent – finally growing up.

I remember making lists of my own in college, of where I wanted my life to take me. I wish I’d saved them because life has taken so many interesting turns before settling into a rabbinic career.

I did save a list I made back in 1989. I was two years a rabbi and had moved with Ellen and Katie to Cleveland. It was a huge congregation – some 2300 families – and I think I feared I’d be swallowed alive by them. So I was trying to articulate what life I wanted to live rather than simply get pulled into the vortex of the lives of the eight thousand souls who belonged there.

Top of the list? “Be a mentsch, to yourself and to others.” Nice start, eh? That wasn’t easy to achieve, by the way. I was so busy there, I felt like I didn’t have time to breathe. I remember marching into my senior rabbi’s office one morning and telling him, “I just walked the length of this building (it was a big place) and didn’t have time to say hello to anyone I saw along the way. I don’t ever want to be so busy to think that’s somehow acceptable behavior.” So I could articulate my goals; I’m just not sure I could live by them.

The next five items on my 1989 list were in a similar vein. “Be ethical. Maintain your integrity. Be honest. Be fair. Be a person of your word. Be free of hypocrisy. Work to change the world, to better it.” And then my favorite: “Remember: you are a child of the 60’s — act on your idealism, and take others with you.”

Item #7 finally got around to the most important people in my life: “Spend more than enough time with your family.” I was never really expert at that. Although, as far as clergy go, I might have done pretty well. But I was always leaving them, always going to be with someone else’s family. And while that fit items one through six, number seven has always seemed to come up short.

One article I found online, written by a psychologist rather than a business professional, suggested that life-goals are important because they provide focus and bolster self-esteem. I do, in fact, remember those college lists, not only how excited I was to pursue what was written there, but how enthused and empowered I felt in doing so. Yes, the list might change, but I had every confidence my life was going forward in positive, rewarding directions.

Which brings me to 2019. What dreams do you have for the coming year? Many if not most of us have recently experienced national and world turmoil we’ve not seen before. Any lists we make this year – in addition to goals for personal well-being and family wholeness – must inevitably include a powerful longing for political turns that will bring restful nights to so many groups currently under fire: immigrants, Muslims, women, the LGBTQ community, our own Jewish community, Syria, Afghanistan, Yemen, Israel and so many, many more.

There’s a lot to wish for. A lot to work for.

In this week’s Torah parashah, Shemot, which begins the Book of Exodus, our ancestors who had gone down to Egypt fleeing famine found themselves in the grips of new political leadership “asher lo yada et Yosef … who did not know Joseph.” The 16th century Italian commentator Ovadiah ben Yaakov Sforno noted that all of the Israelites’ previous accomplishments benefiting Egypt could not save them from becoming enslaved. Today, we cannot help but wonder with concern what the future will bring for us here in America, for all who have relied upon enshrined American values that, for more than 200 years, have protected the rights of minorities and provided every opportunity for us and them to thrive. 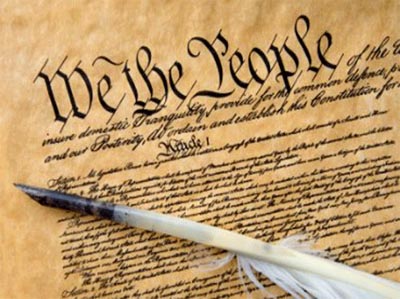 I do not despair. Not yet anyway. I believe the Constitution will hold. I believe goodness will yet win out. I believe that if we make our lists, if we resolve to engage and to fight to preserve the soul of this great nation, all will come out right in the end. This is not ancient Egypt. This is not Nazi Germany. You may think me naive but on my updated list will be continuing outreach to minorities, continuing efforts to secure their rights so that ours will be secure as well. And I urge each of you to do the same.

I don’t believe we need be fearful, but I do believe we need to get involved and stay involved. Choose your issue, put it at or near the top of your list, and make sure you’ve done something each week to help. Donate to support legislative advocacy, show up for marches, contact your elected representative, volunteer to help. And do what you can to assist those who are now struggling to find safety and security. Let them know, firsthand and in-person if at all possible, that you’re one of the good guys.

The story of Israel’s enslavement in Egypt jumps from them being free to them being oppressed. It probably didn’t happen that way. It takes time for rights to be destroyed. It takes public approval or, at the very least, public apathy for these things to happen. We mustn’t allow that to happen here. While we are free, we must work to remain free, to help others remain free. Thus far, America’s institutions still retain the possibility for achieving that. As proud Americans, we simply must do what we can to keep American institutions strong.

Abraham ibn Ezra, who lived and taught in 12th century Spain, identified one passage in the Torah as the number one ingredient to purposeful and worthwhile living. From Exodus 23:25, “Va’avad’tem et Adonai Elohekha … you shall serve Adonai your God.” For some, this works. Do God’s will and all will be well. For others, it works to view this figuratively: think, identify life’s highest goals, and pursue them with vigor, with passion, with a sense that everything depends on this. Because these days, it just might. 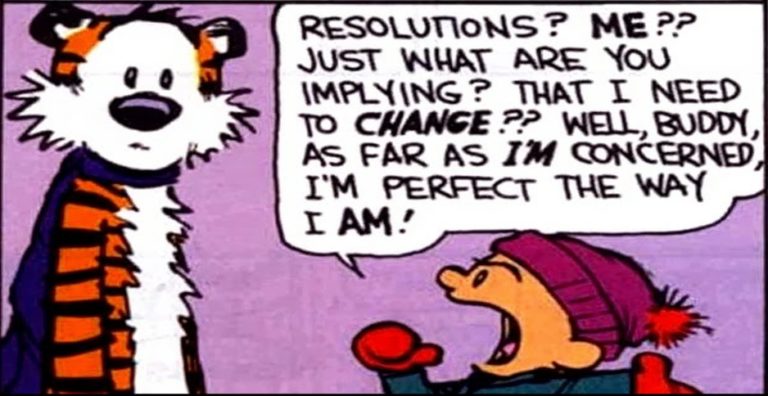 Once upon time, an anonymous rabbi was walking in the woods behind the dog park with his best pal, Charlie. He was soon joined by a man who lived nearby but who was born and raised in Ireland. The man was planning to go back and visit his brothers, two of a total of seven, who still live in Cork. But he couldn’t decide which brother to stay with. The very wise rabbi suggested he stay with whichever one will be less bothered by his choice. The man said that neither brother would be happy. The exceedingly wise rabbi suggested he invite both brothers to come stay with him. The man said that would never work. The increasingly impatient rabbi asked why. The man said, “Because my brothers haven’t spoken to each other in years.” The rabbi thought, “This is why I like dogs – they may never speak but they never stop loving either.”

We have so much to learn, don’t we? It’s a new year. May 2019 be one in which the lists we make include the value of letting go of petty disappointments, and of embracing the larger and more important connections in our lives life … between brothers, between neighbors, between everybody.