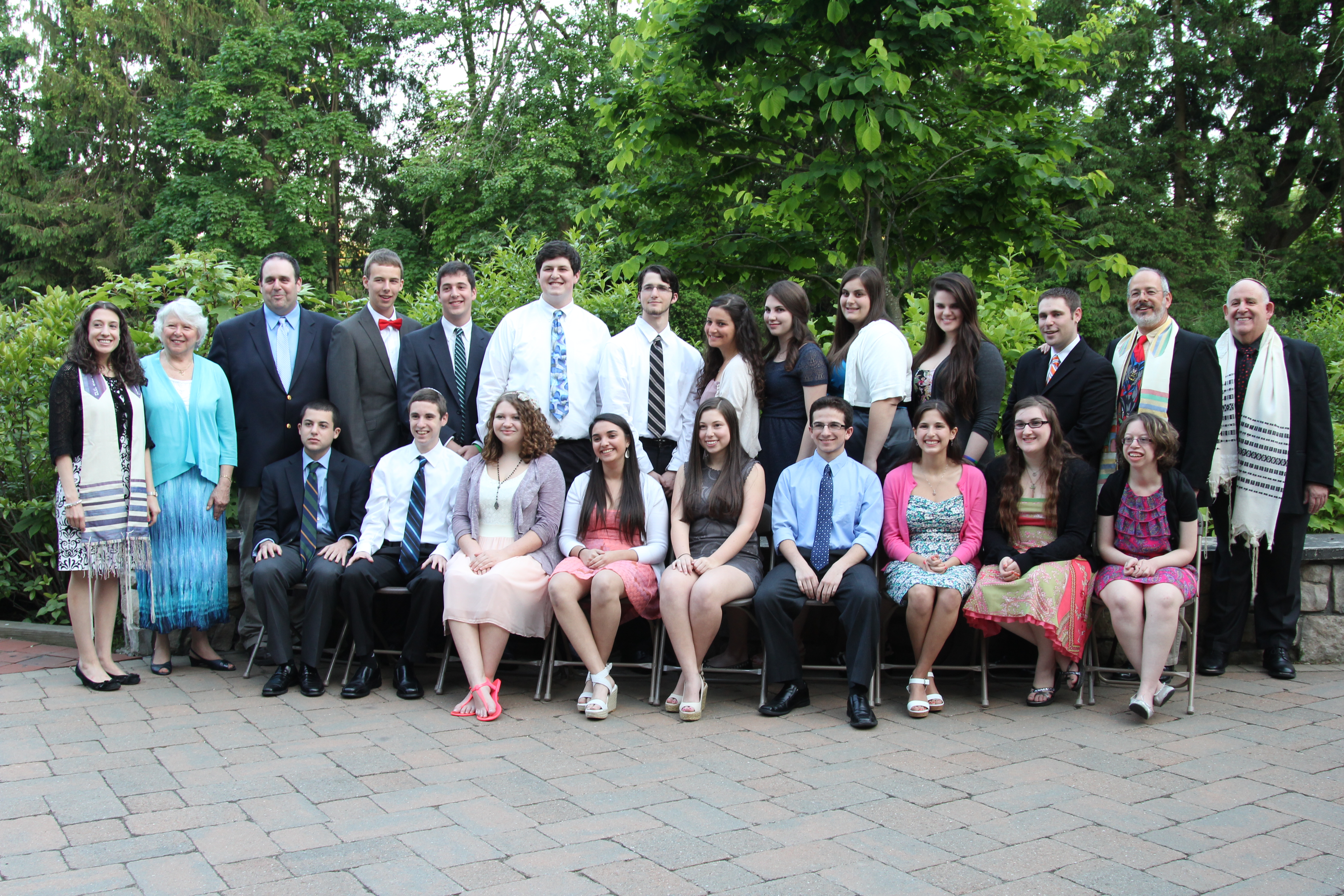 These are words I shared with the Graduation Class of 2012, Woodlands Community Temple, White Plains, NY, on Friday evening, May 18, 2012.

This morning, I spent some time thinking about a five-year-old Aiden Dreskin waiting across the street for the school bus to bring him to the first day of Kindergarten. It didn’t take long for me to remember each of you as those tiny, little kids you were not so long ago, waiting for your own buses and such to whisk you off to your first day of school. I also remember you sitting in this Sanctuary — for t’fillah, stories, singing, Kidz Shabbat and so much more. I can see you running around the building, Mrs. Levine shooing you into your classrooms, where your teachers eagerly and lovingly instilled in you all they could of their fascination with, and respect for, Jewish life. I have so very much enjoyed having you grow up around here. And as with my own graduate, only reluctantly do I let you go.

But I will not do so without first conveying to you an important charge. Rabbi Mara very rightfully told you that your actions in this quirky world of ours matter. To this, I add, “It matters what good you bring, and it matters from what hurt you refrain.”

In the journeys ahead, it will be relatively easy to simply look out for yourself and for those you love. Sadly, it will also be easy to lash out against those you don’t love.

You may have heard of a proposed campaign to discredit President Obama by associating him with the words of his former pastor who, during one of the pastor’s sermons, shouted, “God damn America!” The ad would have connected the pastor’s words to Barack Obama’s work as President, suggesting that his economic stimulus plans and health care plans were part of an overall effort to destroy our country.

Now I get that Democrats and Republicans view governing differently. And while I often disagree with ideas of one of those parties, I have never assumed that folks from that party want to destroy America. I have always assumed that people who take public office, as well as those who become involved in political activities, only want to do good for their world.

No, it probably won’t be as good as what you’d thought of. But it’ll move things along. And that’s no mean feat these days. What you do get done will make things at least a little better. And when the task is complete, instead of an enemy across the aisle, you’ll have a friend.

You’re not in Kindergarten anymore. You’re on your way. In fact, you’re waiting at a new bus stop. And once again, we’re there to see you off. Bring us back some good stories, will you? Let us know how you reached for the stars, and how you lasso’d the moon.

Don’t feel badly, though, if you‘ve settled for something less. If instead of winning it all — if in favor of building your dreams not alone, but alongside others — you compromise and build something you’re sure isn’t as good as what you’d imagined, understand this is NOT something less at all. If you can join hands with others, especially with those who do not see the world the way that you do, and you can create something good from those shared efforts, then I absolutely believe you will have reached those stars. You will have lasso’d that moon.

You will also have earned the rewards that the Torah says can be yours, because you will have performed the highest of religious acts, whose reward is within that very act. You will have fulfilled the teaching of Rabbi Hillel, who taught, “Be of the disciples of Aaron. Love peace and pursue it” (Pirkei Avot 1:12).

← Religion as Metaphor (or, at the least, as a Broadway Musical)
Where the Wild Things Are →