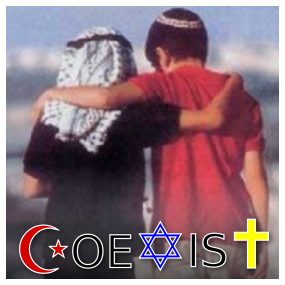 Israel and the Palestinians: Piecing Together Peace 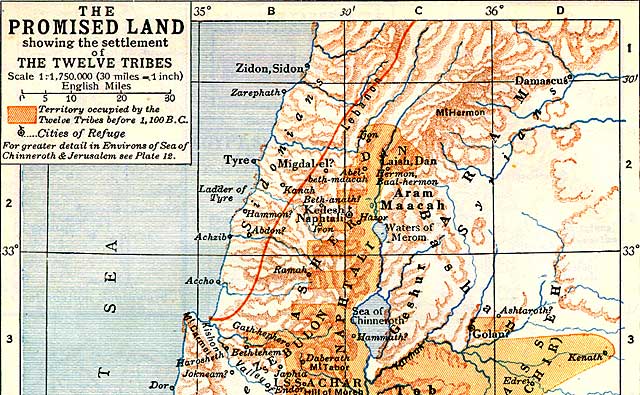 In this week’s Torah parasha, Mass’ei, the Israelites are finishing up their forty years of desert wandering and are preparing to enter the Promised Land. “The Promised Land.” Promised by God, our tradition tells us. And further, we were not to share it with anybody else. Listen: “On the steppes of Moav, at the Jordan near Jericho, God spoke to Moses, saying: ‘Tell the Israelite people … When you cross the Jordan into the land of Canaan, you shall dispossess all the inhabitants of the land. […] You shall take possession of the land and settle in it, for I have assigned the land to you to possess.’”

That was Numbers 33:50-53. This week’s Torah reading. We’ve been teaching this idea to one another for 2500 years! We taught it while we lived in ancient Israel. We taught it while we were in Exile, wandering across Europe, living in ghettos and enduring pogroms. And we still teach it, as a second commonwealth of Israel is now being built on that ancient land. The Torah is quite clear. Israel belongs to the Jewish people.

Islam’s Qur’an seems to be a bit less precise. In some passages, the Qur’an explicitly acknowledges that God gave the Land of Israel to the Jewish people. Forever. But in other sections, the Holy Land has been turned over by God to the Muslim people who have been deemed more worthy than the Jews.1

The end result appears to be the same: Two peoples vying for the same parcel of land. Each one citing its ancient scripture as the prooftext for its claim.

And yet, no one is going anywhere. The Arabs have not succeeded in pushing the Jews into the sea. Nor have the Israelis succeeded in making the Palestinians go away. In my opinion, the sooner these neighbors realize that neither one is disappearing, that they’re either going to have to learn to live together or destroy each other, the sooner peace can become a real possibility.

You and I, watching the latest outbreak of violence from afar, shake our heads in disbelief and despair at how long this has been going on. Why, we ask, don’t they finally insist upon peace? Why is it that each time fighting breaks out, they kill each other until a cease-fire is declared, and then return to their corners, preparing for the inevitable renewal of violence somewhere down the road.

But hold on, there are Israelis and Palestinians who believe in a path other than one littered with violence. Some are literally agitating for peace (more on that later), while others are building it through cooperative ventures on behalf of both peoples.

First there’s The Villages Group, Israelis and Palestinians who live near one another and who maintain daily contact via economic activity, sharing resources, and basic human relationships. The premise is a simple one: we either learn to live together, or we’ll die.

One of my favorite cooperative ventures was shared this week with me by young Maya over here. It’s a Facebook page entitled “Jews and Arabs Refuse to Be Enemies.” The premise is also a simple one. Take a picture of yourself with someone who’s of that other enthnicity, and post it on the Facebook page. Some of the pairs are best friends, some are lovers, and some have been married for decades. All of them believe not just in the possibility, but in the reality, of celebrating difference and opting for love.

Breaking the Impasse is a group comprised of some three hundred Israeli and Palestinian businesses that work together toward achieving a peaceful, two-state resolution to the conflict. They are a direct challenge to the philosophy of the BDS (Boycott, Divestment and Sanctions) movement. Breaking the Impasse argues and advocates for deeper and broader investing in the occupied territories as one of the most important strategies for furthering peace in the region.

Then there are diseases and pests, which know no borders and threaten the well-being of all. Israel’s Ministry for Agriculture and Rural Development has partnered with the Palestinian Ministry of Environmental Affairs to share in providing veterinary training and flora protection that benefit both peoples. That’s relationship-building at actual governmental levels!

And then there’s the violence. While Ellen was in Jerusalem these past three weeks, she was invited to a demonstration by a group called Lokhamim l’Shalom, Combatants for Peace, which consists of Israelis who have served as soldiers in the IDF and Palestinians who have taken part in the violent struggle for Palestinian freedom. In their mission statement, Combatants for Peace writes, “After brandishing weapons for so many years, and having seen one another only through weapon-sights, we have decided to put down our guns, and to fight for peace.”

There are so many more organizations, both small-scale and large, grassroots and governmental, that are working to improve relations between these two enemies. Of course, for those involved in The Villages Group, Breaking the Impasse, Combatants for Peace and, don’t forget, Jews and Arabs Refuse to Be Enemies, they are not enemies. They refuse to be enemies. For these folks (and there aren’t nearly enough of them yet) have acknowledged that neighbors mustn’t destroy one another. Neighbors must take care of each other, must be civil to each other, must build bridges of peace with each other — for their own sakes, for the sake of their children, and for the sake of their nations.

Me? I don’t care that the Torah tells us the land is ours. What I think is that we’d best get about the business of sharing that land before it’s too late for everyone. God may indeed have told us, “When you cross the Jordan into the land of Canaan, you shall dispossess all the inhabitants [there].” But elsewhere in the Torah, God explicitly instructed, “It is not in the heavens … it is not beyond the sea … it is in your mouth and in your heart.” We decide how to live Torah, how to live Jewish life. What God may have said back then may even have been right back then. But it doesn’t work today. And it’s high time we figured out another way.

And in so doing, believe with perfect faith, that God will be just as happy and just as pleased.

Susan Sparks (a Baptist minister), Uzzer Usman (a Muslim) and Bob Alper (a Reform rabbi), are all comedians. When they perform together, the first thing the rabbi does is frisk the muslim. It’s a joke, see? It relaxes the audience. Everybody onstage and off knows something out of the ordinary, but very special, is happening. And it is special. In their own unique way, these three men and women are building relationships. And not just relationships but they’re building a new world. One where Jew and Christian and Muslim live peacefully, even lovingly, side-by-side.

← Of Rockets and Screaming Children
The Synagogue: A House, a Home, a Watering Hole →