Hurricanes Are Bad for Our National Nastiness 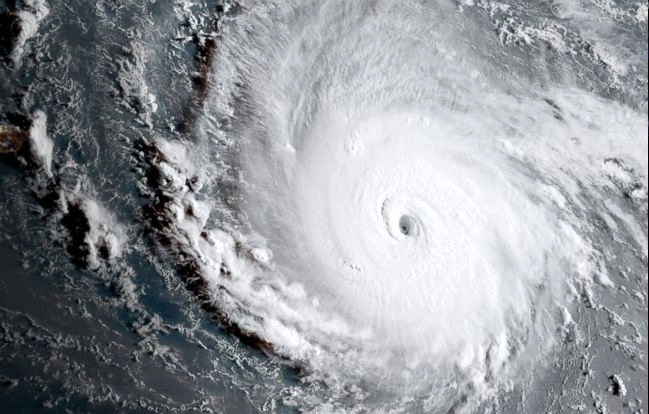 I’ve been on the phone every day this week with my brother Jimmy. He was supposed to be here tonight, sitting with you and with his family at this service, and enjoying the Kabbalat ShaBBQ afterwards. But Jimmy lives in Fort Lauderdale and, together, we’ve been watching the weather and watching Hurricane Irma. I’ve been telling him to come up here and get out of the hurricane’s path, while he’s been stocking up on supplies and telling me he needs to be there to take care of the house.

What are you gonna do? I’m praying for him and I’m watching the TV very closely.

It was only a week or so ago that Hurricane Harvey unleashed 130 mph winds, dropped more than 50 inches of water, destroyed more than 1000 homes, damaged another 49,000 homes, and left 30,000 people homeless.

Amidst all of that, we heard remarkable stories of neighbors helping each other, of abandoned animals being rescued by strangers, of a world that on the surface appeared to be falling apart but at its core was stronger than ever.

All of this in the midst of a time in American history when politics have divided us in ways that none of us have ever seen before, ways that have made some of us feel like the atmosphere of the Civil War had returned.

Now I’m no advocate for natural disasters. God knows, I wish the weather would always be 75 and clear. But things happen. And they transcend everything. When people’s lives are endangered, social strata are transcended, economics are transcended and, yes, even politics are transcended. Look at the aid package just passed by Congress! The House passed it by a vote of 419 to 3. The Senate passed it, 80 to 17. Did you ever think you’d see Democrats and Republicans working together again?

I don’t mean to suggest that our country is past its recent strife. But look at what we can do when our eyes see the same facts and our hearts feel the same losses.

Charlottesville was only a month ago. Two weeks ago, transgender individuals were barred from enlisting. And only earlier this week, the Dreamers were told to go home.

As beautiful as the response to Hurricane Harvey has been, we have a long way to go. Hurricane Irma will no doubt release our better angels once again. But there’s so work to be done on America’s spiritual infrastructure. 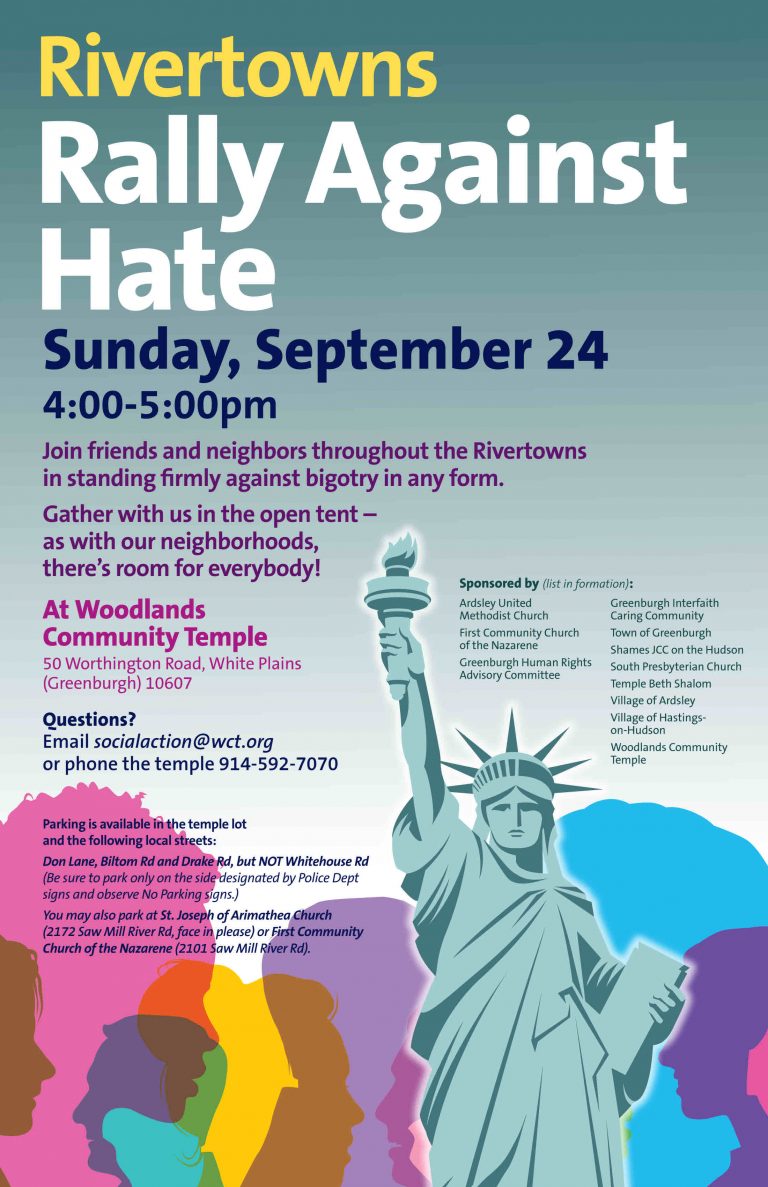 That banner hanging up in the parking lot, it reads, “All are welcome here!” It’s in four languages and could be in many more. We wanted to make a statement about Woodlands. But what we really want is to make that statement about America. We can do that on Sunday, September 24. Bring everyone, including your friends. It’s for everybody in the Rivertowns who wants to be part of an America that’s open, inclusive and welcoming.

In this week’s parasha, Kee Tavo, our Israelite ancestors are instructed to give thanks for the land in which they have settled, and to express that thanks, in part, by remembering that they too were once disadvantaged, and how lucky they are to dwell amidst all of these blessings.

Three thousand years later, you and I are still being taught to count our blessings, and to do so, in part, by looking out for the downtrodden elsewhere.

As bad as it might be down there for my brother and his family, a hurricane should be one of the very few reasons that an American needs to go into hiding in the year 2017. We certainly need to do the work to prevent natural disaster and devastation. It’s a little difficult to control nature, although we certainly can do our part to reduce climate change. But what I know we can do is protect one another from hate. It’s an unfortunately urgent assignment as the New Year begins, but it’s one that every one of needs to sign onto.

In this High Holy Days season of choosing life, may we do so … for ourselves, for those we love, and for those who would do it for themselves but now need us.

Here’s a great story from Hurricane Harvey. As the waters rose, and homes were abandoned, furniture businessman Jim McIngvale – also known as “Mattress Mack” – opened doors to two of his massive showrooms in Houston and turned them into shelters, providing probably most comfortable sleeping arrangements of any refuge that week. “I’m part capitalist and part social worker,” he told reporters.

I don’t have any idea what Jim McIngvale’s political leanings are. All I know is that, in a crunch, he never asked what anybody else’s were either.

← Committing to Memory
After the Deluge →