Holding On or Letting Go 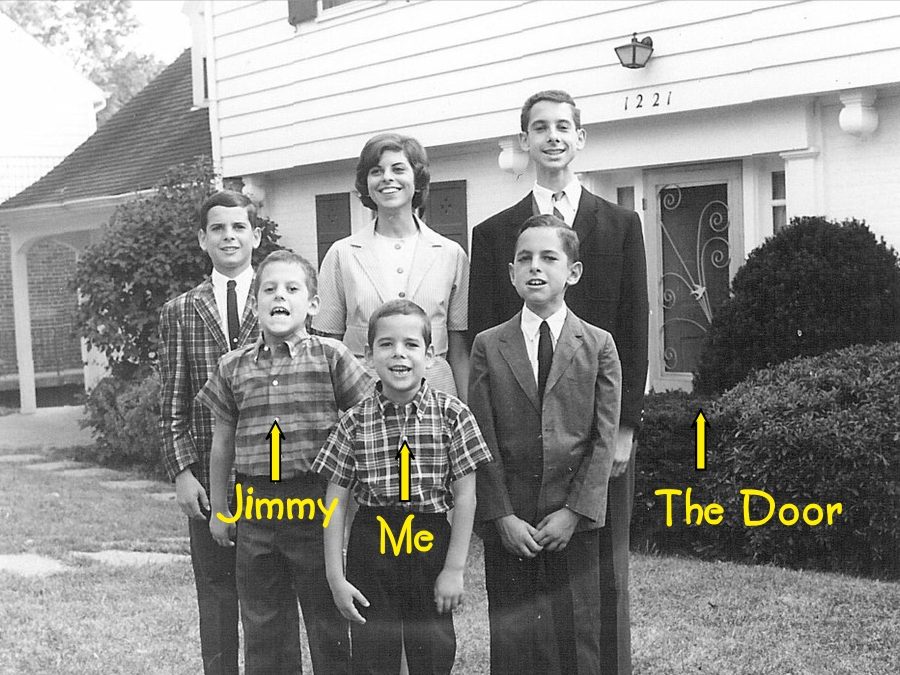 In 1963, the front door – meaning, the screen door – of my home rarely closed completely. We never had to use the handle because a push anywhere would cause the door to open. In colder months, the screen was replaced by glass to keep the warm air inside our house.

One wintry afternoon, my brother Jimmy and I were eating lunch together which consisted of a tasty bowl of chicken noodle soup. He was eight and I was six. As brothers are sometimes wont to do, Jimmy and I had become experts at annoying each other. And so, it was only natural that we began flicking soup at one another with our spoons from across the table. The flicking escalated and before I knew it, Jimmy had thrust his hand into his bowl and withdrawn a single, long noodle. His intention, or so he said, was to smash that noodle into my hair.

Not wanting to see what that would look like, I excused myself from the table and ran. But Jimmy ran after me – down the long hallway from our kitchen toward the front door. Past experience had taught me that the front door led outside, and that outside might lead to freedom where my oppressor — Jimmy and his noodle — would no longer be able to torment me. Yes, I was naive. But it was the only plan I had. Past experience had also taught me that I could push on the door anywhere and the frame would open wide. What I’d forgotten was that mom had arranged, just a few days earlier, for the door to be fixed. But operating according to the old information, and not noticing that it was fully closed, I pushed on the door and proceeded to exit my home … straight through the now broken glass.

Well, Jimmy never did squash that noodle into my hair, but that was mostly because I spent the afternoon at the hospital getting fixed up.

Note that in those same years, my brother Jimmy had greatly enjoyed pinning me to the ground and playing Typewriter (for you young ‘uns out there, that’s an antique computer keyboard … minus the computer) … playing Typewriter on my chest and teasing my hair with my mom’s rat tail comb. So I’ve had good reason to hold a grudge against the guy …

… just like the two brothers in this week’s parasha, Toledot. Jacob and Esau, you probably remember, were born fighting with each other. Later on, Jacob – who probably endured the same kinds of humiliation from his strapping, macho, hairy sibling as I did – also came up with a few plans to get back at his brother. Esau was forced to give up both his inheritance and his place at the helm of the Jewish people. Gee, and all I did was make Jimmy fix my toilet.

I was listening to a podcast this week entitled “Heavyweight,” in which host Jonathan Goldstein meets up with various people in his life and processes their past experiences with them. In this particular episode, his friend Julia remembers with painful accuracy the bullying she endured from other girls during her eighth grade year. It had gotten so bad that her parents honored her plea to transfer to another school. Goldstein persuades her to look up some of her past tormentors – all now in their 30s – and confront them about what they’d done. She succeeds in contacting them but, person after person, doesn’t remember ever bullying her. In fact, all they recall is how brutal eighth grade had been for them!

Although I love my brother and long ago forgave him for nearly killing me, he still in some ways carries the guilt of that day back in 1963. Julia has been carrying for a very long time her anxiety and misery as well. What do you carry from long ago? Surely, there are wonderful memories of the very best times. But I think we all carry the hard stuff too. And it influences the people we are today. In some cases, so much so that our actions now may reflect what we did back then.

At another point in Toledot, we meet up with Jacob and Esau’s dad, Isaac, as he “re-digs his father’s wells.” He had settled in Abraham’s old stomping grounds down in Beersheva, and dusted off the family business – Ye Old Watering Hole – leaving us wondering if that was a good thing or a not-so-good thing. How often do you and I “re-dig,” how often do we repeat old patterns, relive old experiences, and allow them to affect how we are today? Sometimes for good, and sometimes not.

I don’t know what happened to Julia after she had looked up her old classmates. But I suspect that knowing she wasn’t alone in her miserableness during eighth grade, she might finally have been able to make forward progress away from those unhappy memories. I hope so.

For you and me, it’s not about pushing old agonies and sorrows deeper down so that we can ignore them, but more about acknowledging that they happened and that we don’t have to be controlled by them. We can dig new wells – we can forgive tormenting older brothers – and little by little, replace those memories with love. 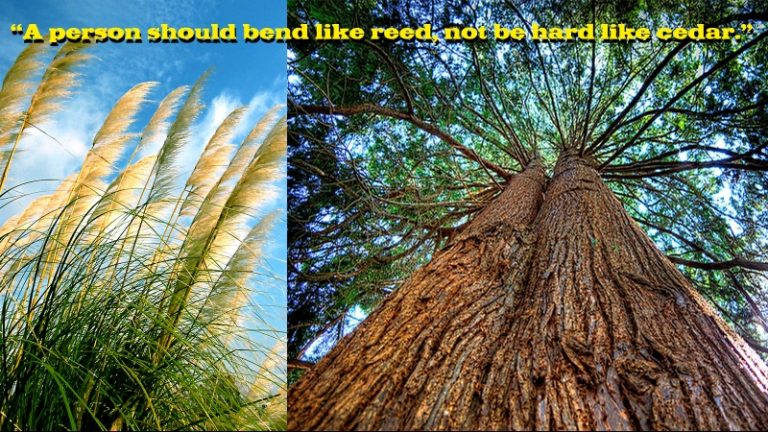 In the Talmud, Rabbi Elazar teaches that “a person should bend like reed, not be hard like cedar.” Life is hard enough. We needn’t be hard also. Toward each other, let us choose kindness, tolerance, friendliness and love. Toward ourselves, let us choose the very same. There are old wells and sometimes it’s just fine to open them back up. But sometimes we need to let them go and set off in search of new wells, new experiences, new relationships, or renewed relationships. This is darkhei noam, the paths of pleasantness, that our tradition beckons us to follow. Sounds like a good idea to me.

On the other hand, how else am I going to get my brother to fix my front door?

Dedicated to the memory of Jimmy’s and my mom, Ida F. Dreskin, whose long, full life reached its conclusion two weeks ago. She taught us a love for learning and a love for each other. ‘Tho it would have been nice if she’d kept my brother off of me more often.

← Thoughts for a New Year
Can You Hear Me Now? →