“Come Then, Put A Curse Upon This People”

In this week’s parasha, Balak (Number 22-25), we read of the king of Moav who, seeing what Israel did to the Amorites (asking permission to pass through their land and, refused, wiped them out), resolves to avoid that happening to his Moabites. He hires Bil’ahm, a sorcerer-prophet, to curse Israel and thus protect his people and his land. Bil’ahm responds to King Balak, telling him that he can only do what God instructs. The first time Bil’ahm inquires, God forbids him to go to Moav. But the second time, God sends him to meet this king.

After a run-in with a talking donkey that protects Bil’ahm from a sword-swinging, ninja warrior with intent to kill, the warrior delivers to Bil’ahm a message from God that he is to continue on with his journey. Arriving in Moav, Bil’ahm meets Balak and reiterates that he can say only what God instructs. Three times, Balak orders him to curse Israel, but instead he offers only blessings. Balak fires him but, before he departs, Bil’ahm curses Balak and Moav meets the very end that they’d been hoping to avoid all along.

A bizarre story, yes. But a not so bizarre question arises from it. What are you and I willing to do to curse an enemy? Perhaps in terms more applicable to our lives: What are we willing to do to vent our anger? Do we say “only what God allows” us to say? In other words, do we behave? Or do we let it all hang out, and go for the jugular because that’s what we feel like doing?

I’m going to come at this from a surprising direction. In May, I saw the musical, “Waitress.” With songs by singer-songwriter Sara Bareilles, it’s a remake of the 2007 film starring Keri Russell about a small-town waitress trying to escape a loveless marriage.

Also in 2007, Bareilles got her big break: a recording contract with Epic Records. Her first giant hit was “Love Song,” which catapulted her onto the pop scene and set the stage for these past ten years of success, including three albums and her Broadway musical.

Last night, Aiden and I went up to Kutz Camp, where Ellen’s been serving on faculty and where we celebrated her birthday. During the drive home, we were listening to a mix of pop songs from the last five decades, and on comes “Love Song.” I listened to it, as I had countless times before, mostly to the music (because that’s how I hear songs) but also trying to absorb the story she was telling. Here’s how I heard the song:

“You made room for me but it’s too soon to see if I’m happy in your hands. I’m unusually hard to hold onto.” She’s writing about a new relationship, wondering where it will lead, knowing that such things are not easy for her.

“I’m not gonna write you a love song ’cause you asked for it. ‘Cause you need one, you see.”

As a composer, I imagine many of her feelings are expressed through her music. So if you had just begun a new relationship, and it was with a songwriter, wouldn’t you want your new boy/girlfriend to write a love song just for you? But, she demurs, it can’t come from what amounts to little more than a song request; a love song has to bubble up from some deeper place, from one human being’s profound need for, and devotion to, another person.

Okay, so the lyrics were a little vague, which left me guessing, but pop lyrics often are. “Ventura Highway in the sunshine, where the days are longer, the nights are stronger than moonshine. You’re gonna go, I know.” Or how about, ““Semolina pilchard, climbing up the Eiffel Tower. Elementary penguin singing Hare Krishna. Man, you should have seen them kicking Edgar Allan Poe. I am the eggman. They are the eggmen. I am the walrus. Goo goo g’ joob.”

So imagine my surprise when the song finished playing and I asked Aiden what he thought the piece is about. He replied, “It’s about her record company ordering her to write a love song and she basically tells them where to shove it.”

I looked up some articles and, sure enough, Bareilles explained that it had been her first big recording contract and none of the songs she was writing were pleasing the company. They wanted something more commercial, something that would sell big. 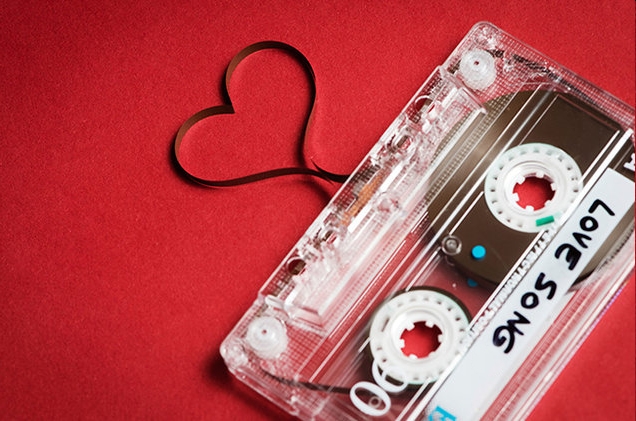 “Love Song” was her response.

“If all you have is leaving …” which I now understand to be saying, “If you’re just going to threaten me with cancelling my contract” … “I’m gonna need a better reason to write you a love song today.”

This is Sara Bareilles’ most popular song ever, and it got written out of frustration and anger with her handlers. That’s the exact opposite of a love song! And until Aiden pointed that out, I’d completely missed it.

And I love that! She was totally ticked off, but all I heard was a love song. Which leads me to a couple of observations.

First, Bareilles herself admits she was being passive-aggressive, letting everyone else know how angry she was but not confronting the source of her anger (although I imagine that by the millionth copy sold, the producers understood what she was saying to them). But she’d say (and she has said) that this was more about her own growth, about learning how to work with others, how to collaborate in the creative process, something that took time and much adjustment for her. Isn’t this how we learn, and how we grow? Often through frustration and resentment that lead to illumination and understanding.

Second, there’s something here about how one shares anger … either about couching those feelings poetically so that they don’t shout like hatred (which we hear so much of these days, and it’s not poetic at all), or about setting one’s feelings to music (literally for her, metaphorically for most of us) so that angry words get softened. We can’t help but become angry at times; how we act when angry, that’s an art!

And third, in today’s atmosphere of divisiveness seemingly everywhere we turn, we may be able to take a lesson from “Love Song.” Could we approach life like a singer-songwriter, choosing our words more carefully, and considering how each one will affect its listener? Could we set a goal of sharing what’s on our minds, but doing so with such care and regard that the recipient will kind of feel like they’ve just been hit with a …. love song! Imagine yelling at each other like that?!

Bil’ahm could say only what God placed in his mouth. Sara Bareilles might have been asserting a very similar kind of message. Perhaps we, and an awful lot of America, could think a bit about which are the best ways to share our thoughts with one another. It’s not just about saying what’s on our mind, but also how our words affect those who hear us. Bil’ahm got a talking donkey and a sword-wielding warrior as an assist in his efforts to sort through the challenges of his day. We get each other and a few sacred texts to help us out.

Let me end with this. Words are a sacred duty. To mangle Sara Bareilles’ lyrics a bit: “I’m not gonna write you a love song” … I’m not going to tell you what’s on my mind … [just] “cause you’re asking for it” [and I feel like you deserve to get it with both barrels blasting]. Instead, I will only speak the words that need to be spoken, the words that say what’s on my mind but that wield no poison to weaken or to harm you. We can care for each other in ways that are honest and forthright. We can disagree and even argue as circumstances call for, but we can do so always mindful of our responsibility to treat one another as family, as a family of Americans, a family of humankind.

If we can sing our songs like that, I think God might just conclude that we’ve finally learned why the story of Bil’ahm was given to us in the first place. 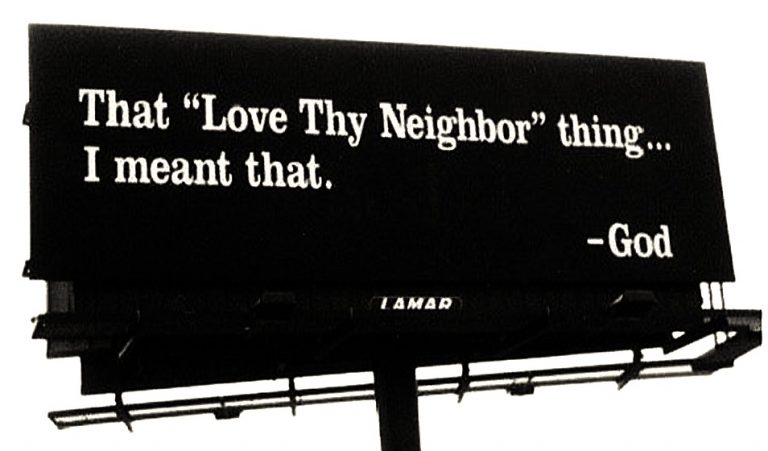 Eloheinu v’elohei avoteinu v’imoteinu … dear God and God of our ancestors … help us not only to understand that there are different ways to share opposing points of view, but to choose the way that is accompanied by respect and unyielding love. May we understand and acknowledge that those who advocate for that which we’d spend as much energy as we can to oppose, they love this country just as we do. We need not acquiesce but we certainly can listen and (like the rabbi who got the meaning of a song entirely wrong) realize that words spoken to us may feel misguided and hurtful, but these very words are expressing powerful feelings of the speaker’s fear and anxiety concerning what is felt to be an unpromising future for the world they love.

Let’s learn to join hands, especially with those whose opinions are drastically different from our own, find common paths, and insist upon journeying to places which will allay fear and anxiety — for all of us — by securing a promising future for one and all.