Can You Hear Me Now?

For four weeks, the Torah is fairly consumed with the story of Joseph and his brothers. That’s a lot of Torah time. Abraham, who’s probably the Torah’s 2nd biggest superstar, only get three weeks of parashiyot. And Moses, the undisputed star (next to God, of course) gets forty-two weeks, which is off the charts but understandably so.

While Moses would probably be a better character for making this evening’s point about working more than is probably healthy, he doesn’t show up in our Torah cycle for another two weeks, so we’ll have to make do with Joseph. Even with such a 4-week limited run, it’s fairly apparent that Joseph has very little home life, at least that we hear about. In Vayeshev, two weeks ago, we met Joseph and his brothers and began to understand why this Torah-hero might have chosen to throw himself into his work. With ten of eleven brothers despising him, we can understand why he might have taken a job that required him to move to Egypt. But as our story progressed, Joseph only made time for family if they came see him at work. Even his beloved baby brother Benjamin had to make the long trek from Canaan to have dinner together.

But if Joseph had become a workaholic, he came by it somewhat honestly. After all, his father Jacob had been one as well. Granted, it all started out of love with his willingness to work fourteen straight years to be able to marry Rachel, the love of his life. Nevertheless, it set a pattern that not only ate into Jacob’s personal life but that of his famous globetrotting, famine-preventing son as well.

Now it’s not entirely Jacob’s fault either. After all, he had a Boss who frequently required him to work evenings. You may recall Jacob’s conference call with God that took place late one night while Jacob was dreaming of ladders and angels. And then there was the time God sent a sales rep to wrestle with Jacob by the river Jabbok over the details of a partnership they’d been working on. And then this week, in Vayigash, when Jacob hears his son is alive and in Egypt, he tries to get a good night’s sleep before making the 200 mile trip southward, but God wakes him up with something akin to a late-night phone call (Gen 46:2).

And that’s pretty much the way it was for our ancient biblical ancestors. And with ever-increasing options for keeping in touch, it only gets worse for us today. The line between work and home grows blurrier and blurrier. Did you hear that, as of January 1, companies in France are required to stop intruding on workers’ personal and family time with emails and phone calls? Some European companies, including Volkswagen, Daimler and the insurance company Axa, have already restricted out-of-hours contact with employees. But apparently the problem is significant enough that the French government felt the need to step in. (“For French Law On Right To ‘Disconnect,’ Much Support — And A Few Doubts”)

So while I can’t give you much biblical evidence to support the value of unhooking from technology (oh, except maybe for that whole Shabbat rest thing), there do appear to be abundant examples of the drain that a never-ending pursuit of even Godly endeavors can cause. 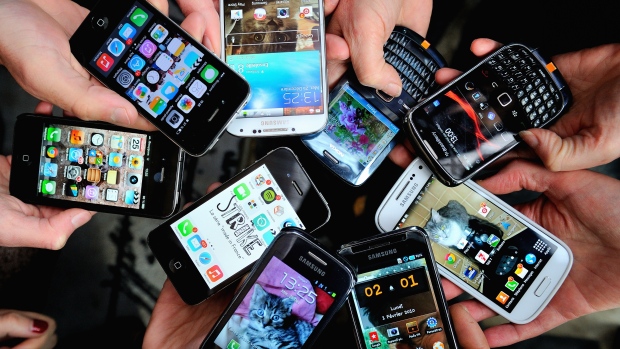 Interestingly, Rashi notices that God calls Jacob’s name twice when coming to him dreamside in this week’s parasha. Yaakov, Yaakov. Vayomer hineni … Jacob, Jacob. And he replied, “Here I am.” (Gen. 46:2). Rashi believes the repetition of Jacob’s name to be a sign of God’s affection for him. That’s sweet. And I don’t buy it for a second. First of all, if you woke me up in the middle of the night, using technology that didn’t require me to first, say, pick up the phone and answer it, you might have to call out my name a few times before getting a response too. But more to the point, I’m remembering back in Genesis 22, when God informed Abraham that the slaying of Isaac would not be necessary in order for him to show his devotion to God. If you recall, the angel had to repeat Abraham’s name there as well. Commentators don’t think that was a sign of affection. Rather, it was pure panic. Abraham had been poised to thrust a knife into his son’s heart and the angel, fearing that Abraham hadn’t heard him the first time, shouted Abraham’s name at the top of his lungs. So my vote here is that it was the middle of the night, God was still at the office, and had no patience whatsoever for his sleeping employee’s lack of immediate compliance.

Radak (Rabbi David Kimchi) thinks that Jacob hadn’t heard from God in a number of years and that the repetition was underscoring this particular “memo’s” importance. Apparently, God, like many employers, felt that whatever God happened to be doing at the moment was the most important thing in everybody’s life.

This issue of tech goes beyond shutting it off outside of work. There are other reasons to not become over-reliant upon it. Many TED talks have found presenters extolling the value of tuning out and turning off, and for a variety of reasons. (“The Surprising Big Idea at TED: Turn Off Technology”)

Science writer Joshua Foer spoke about the erosion of our ability to remember in an era of internet searches on the information superhighway. He spoke about building memory castles, a technique that can allow us to expand our ability to remember ever-increasing collections of names, faces, and data. And reflecting on the price we may be paying for no longer having to remember things, Foer asked, “How much are we willing to lose by not leading a memorable life? Be a person,” he challenged, “who remembers to remember.”

Chip Kidd, who is a graphic designer best known for his book covers, spoke about the disadvantages of reading books on screens. “A book cover is a distillation,” he said. “It is a haiku … of the story.” Even the smell of books can transport the reader. “I am all for the iPad,” he said, “but smelling it will get you nowhere.”

Ellen’s alarm clock died recently and she started looking around for a new one. She needed something that could be easily viewed in the middle of the night. I told her she could just use the time display on her phone. And whereas she used to leave her phone on the other side of the house at night, now it’s with her 24 hours a day. Judging from the number of texts that awaken her sometimes, I don’t think I did her a favor.

The 15th century Italian commentator Sforno noted that God’s memo began with the narrator’s telling us, Vayomer Elohim l’Yisrael … And God spoke to Israel (Gen. 46:2). Israel, of course, is Jacob’s work name, the one God assigned to him when their partnership began. Sforno thought that God was telling Jacob he needed to prepare his sons well if they were to preserve the Covenant while down in Egypt. In other words, it was time to get back to work.

There will most certainly be those moments when we will have to drop whatever we’re doing to attend to something important “that just came up.” Life rarely serenely remains within neat little compartments that hold the various realms of our existence at bay from each other. In other words, when the call comes, we usually have to pick up the phone.

And that’s why it’s really important not to cross the boundaries of those realms unless we’ve got a really good reason to do so. And before making that call or sending that text, it might serve us well to ask ourselves if the recipient is going to agree that we’ve got a good reason for intruding.

Sherry Turkle, who teaches at MIT, thinks that these new technologies are still in their youth and that we’ve still got time to tame them before they fully mature in their roles in society.

Eloheinu v’elohei avoteinu v’imoteinu … dear God and God of our ancestors … what a magnificent world You created. Fourteen billion years later, You’re still surprising us with shiny, new stuff. But the challenges of our days aren’t dissimilar from those that arose when You first got things going. These gifts can accomplish so much. But whether it’s the discovery of fire, of the wheel, or of super-miniaturized computer chips, how we use the resources of Your world remains one of the greatest opportunities, but also one of the greatest challenges, of this, and every succeeding, generation. May we hear You when You call our name. And may we understand that, unlike most of our bosses’ interruptions, You call us to justice, to mercy and to peace. And that’s a call that’s always working taking.

← Holding On or Letting Go
As The Trump Presidency Begins →