Blessings from a Bolt of Lightning

From January through June, I was privileged by my congregation to receive a sabbatical from my rabbinical duties. Among its many renewing experiences was a trip this past February to Israel. Ellen and Katie and Aiden and I, along with Ellen’s brother Cliff and his wife Sandy, joined together for this expedition which, in a number of ways, was quite different from any other trip I’d taken there. First, and most importantly, it’s the first time I’ve gone to Israel with my family. During rabbinical school, Ellen and I had spent a year there, but that was before we had kids. Katie did travel with us once, way back in 1988 when Beged Kefet had been invited to perform for the CAJE Conference in Jerusalem. But she was only 6 months old at the time, so I’m not sure that really counts.

This time, it was the four of us together, and everyone was old enough to really appreciate it. But what made the trip most different of all was that Aiden, assuming his rabbi-and-cantor parents would want to (I guess) pray at every synagogue there, had asked that we not make it a religious pilgrimage. Ellen and I agreed to tone down “the Jewish stuff.” So, for another first, we spent only a couple of days in Jerusalem, and allowed the trip to focus mainly on Israel’s incredible natural terrain.

In the center of the country, we visited the startling, sparkling springs and hiking trails of Ein Gedi, meeting up with more ibexes than you can shake your antlers at. Up north, we walked along the banks of a rushing, very full Dan River. And near Tiberias, we spent time with the alligators and in the hot springs of Hamat Gader (the ‘gators do not occupy the hot springs).

Truth, however, is that we didn’t avoid human spiritual activity entirely. The Kotel (and its underground excavations) in Jerusalem were as magnificent and stirring as ever. Even Aiden seemed moved by it. We also visited the mystical city of Tz’fat, where we spent some time inside one of the small, timeless synagogues that dot the city’s street. Again, Aiden did not complain (I think he’s more spiritual than he lets on). 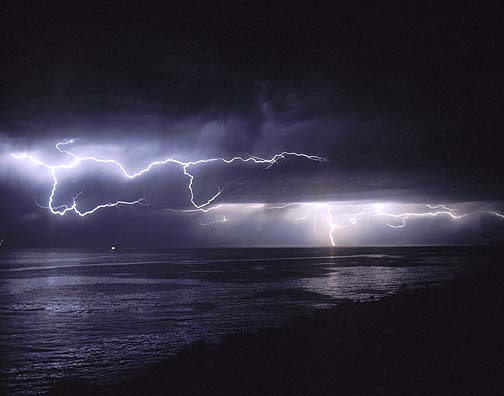 Tz’fat is, of course, home to many artisans and we love visiting as many of their galleries as our legs will allow. Sometime during our wanderings, we stumbled across the Canaan Gallery where they hand-weave tallitot. I had just finished a 20-year run with my current tallit, which was now quite thread-bare, and very much wanted to return from my sabbatical with a new one.

I loved this place because I didn’t have to select something off the racks. Invited to choose a fabric, choose a weave, and choose a color scheme, I was thrilled. And then I was invited to choose a text to embroider on the atara. The salesperson said, “Now please don’t forget about your order. You’ve made all your selections and paid me your money. Send me the text so I can finish the tallit and mail it to you.”

I never forgot the tallit. I never forgot the text. I also never sent her the text. Because I could choose any text in all of Jewish tradition, and because it could be anything, I knew it couldn’t be any text I’d ever seen used before. That meant I’d have to read the entire Hebrew Bible to find my text! So when the call came from Israel, “Why have you forgotten your order?” I explained that I hadn’t. I just needed some more time.

Finally, around the beginning of May, I found it. It’s in the book of Job. Job was the guy who’d had it all, then lost it all (apparently at the whim of God) and then got it all again. In his deepest suffering, Job cries out to God, asking to know the reason for his suffering. The Creator correctly admonishes him, saying, “You know next to nothing about the workings of My creation. Your questions to Me will always go unanswered.” While this sounds unduly harsh in God’s treatment of Job (who was sitting right there with God, so should have been able to at least get an inkling as to what brought all this about), you and I don’t get any audiences with God. God’s silence when we question is par for the course.

The text I settled on comes from God’s response to Job (38:35). God asks him, “Ha-t’sha-lakh b’ra-keem v’yei-lei-khu v’yom-ru l’kha hi-ne-nu … Can you dispatch the lightning on a mission and have it answer, ‘I am ready’?”

This text is perfect for me. We are so small and the universe is so great. We understand much about how it works, but our knowledge is still infinitesimal. Humility is in order. The lightning belongs to God. It will not come when we call it.

So while we pray, and sometimes think it in our purview to call upon the Creator of the universe to do our bidding, this tallit will serve as an excellent reminder that I can neither ask nor demand anything of God. Humility is in order.

At the same time, we are most definitely part of the universe. It happens around us. It happens to us. And we happen to it. We need to beware of getting in its way. And also, as guests here, we have a responsibility to take care of it, and to take care of each other.

It is with this sense of humility and of responsibility that my family joined together during my sabbatical to create The Jonah Maccabee Foundation. Three years after Jonah’s death, we feel that we can do more with the pain and the challenge that accompanied the disappearance of our son and brother. With the success of the annual concert at Woodlands Community Temple in Jonah’s memory, which raises funds to get Woodlands kids to URJ summer camps, we realized we might be able to do more.

So with the help of some very kind folks, we incorporated, applied for nonprofit status, built a website (http://jonahmac.org), learned how to Twitter, to harness PayPal, to advertise on Facebook, and even pin photos with a message on Pinterest. As a result, we have built a larger avenue on which to affirm life and not complain of its cruelty. Rather than simply carry on, which no one would begrudge us doing after Jonah’s death, we choose to draw something good out of something horrible.

There’s a wonderful story in which two men are traveling through a forest. It’s dark, the path has become nearly impossible to see, and the two men fear that they are hopelessly lost. Worse yet, a thunderstorm is headed their way and already, the skies have begun to rumble, announcing the approaching rains. Suddenly, a bolt of lightning splits the sky. One of the travelers looks up, startled and frightened by the lightning. The other looks down, understanding the brief light as a gift to help in finding their way back to the path. A second bolt of lightning flashes. This time, it strikes a nearby tree, setting it aflame. The first traveler runs away, in fear of the raw and powerful energy that had narrowly missed striking them. But the other runs toward the tree, understanding that it is precisely in the vicinity of that burning tree that the two travelers will find light and warmth.

“Ha-t’sha-lakh b’ra-keem v’yei-lei-khu v’yom-ru l’kha hi-ne-nu … Can you dispatch the lightning on a mission and have it answer, ‘I am ready’?” The world isn’t an easy place for anyone. But understanding that, it’s possible to construct new things of beauty, paint new vistas, write new melodies – even when tears are never far from the surface.

← Where the Wild Things Are
Appointment with Destiny →